Inside Enugu; Awhum Waterfall And Cave 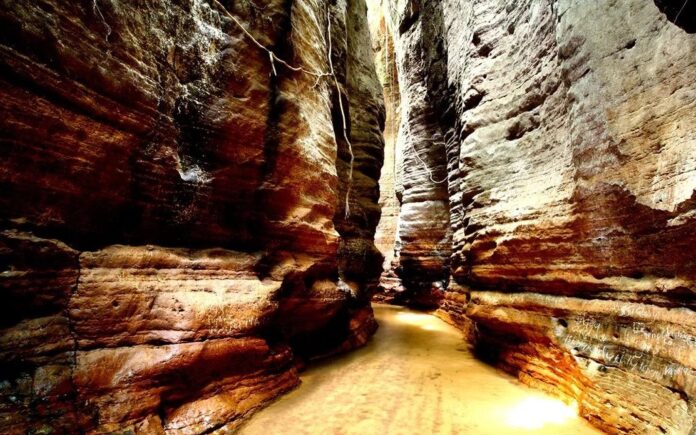 The waterfall is 30 metres high and it is famed to have both healing powers and the capability of dispelling satanic or evil forces.

Although the waterfall and cave are currently under the control of an Our Lady of Mount Calvary Cistercian Abbey, you can still get inside by asking for permission before visiting.

The valley around also boasts of numerous pristine lakes, some of them with beautiful white sand beaches located about 24 kilometres from Enugu.

Also, the mystic auras from Awhum’s caves emits on her a unique kind beauty.The graceful Awhum waterfalls were birthed as a result of massive outcrop of granite rock with water cascading over the top, forming a stream.

The waterfall is 30 metres high and it is famed to have both healing powers and the capability of dispelling satanic or evil forces. It is for these reasons the falls have become a place of Christian pilgrimage and a prayer centre.

People visit to meditate or say a prayer for loved ones or just bask in the sweetness of the ambience of the cave.

What is the weather condition at Awhum’s waterfall?

And, in terms of safety, Awhum’s waterfall is a safe location for tourists. Although getting there can be really tiring due to bad roads.