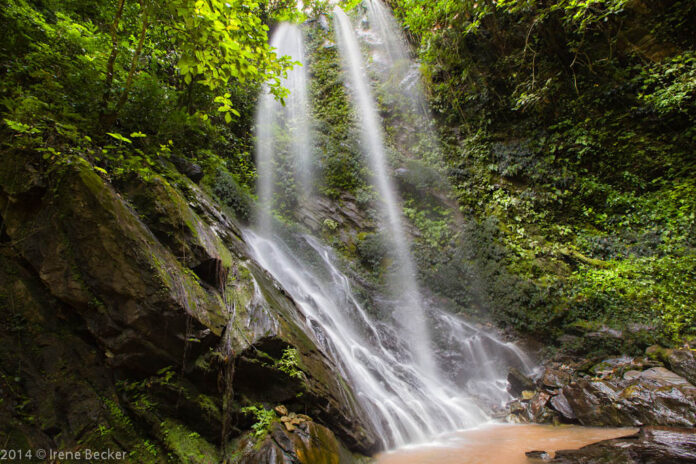 Olumirin Waterfalls as it is known by the locals derived its name from the fact that it has seven levels. Each of the levels gives tourists a new and different experience.

Erin Ijesha Waterfall is one of the many natures gifts to Nigeria. It is one of the many natural wonders of the world in Nigeria. The first floor is usually less populated with water gushing down from the top. It is the favourite destination for people scared of height and does not want to engage in the endurance trek. It has seven different falls, the second level is the largest with water gushing down from over 40 metres from the top of the mountain. The Erin Ijesha waterfall is the definition of natures beauty.

Erin Ijesha has seven stages and three waterfalls, the seventh level is not a waterfall but host the source of the waterfall.  Every moment at this waterfall is worth the experience.

Erin Ijesha is one of the most visited waterfalls in Nigeria with over one hundred thousand visitors yearly.

As you make way into Erin Ijesha Waterfall, you are surrounded by gigantic mountains, beautiful sceneries and tall trees. The trees are so tall it looks like they are all competing with one another. As you walk along its stairs, you are ushered into the venue by traditional entertainers singing, chanting and beating the talking drums.

The Different Levels at the Waterfalls

There are seven different levels at Erin Ijesha Waterfalls, the first and the second levels are the easiest. The third floor is one of the most difficult to climb. If you are not an adventurer, your journey would probably end at the second waterfall. The fourth, fifth and sixth floors are not as challenging as the third, you just have to walk through to get to the apex.  The seventh floor is the reward for your tenacity and labour, it serves as a host to an ancient community and it is also the source of the Erin Ijesha waterfall. The village has been in existence almost as far back as the discovery of Olumirin waterfalls.

Erin Ijesha waterfalls is a combination of Hills, Valleys, rocks, lush green vegetation and one of the most beautiful waterfalls. The vegetation is preserved like it was since it was first discovered by the princess of Ile Ife. Apart from the stairs and mini bridges that have been added to this place to make climbing easy. Erin Ijesha has maintained its original state for many centuries.

There are many conflicting stories about the history of Erin Ijesha Waterfalls (Olumirin Waterfalls). The first one states that it was discovered many centuries ago by the daughter of Oduduwa, the progenitor of the Yoruba race.

Another school of thought believed that it was discovered by hunters who were on a hunting adventure. On sighting this beautiful waterfall, they thought it was another god and named it Olumirin (another deity). It is a collection of seven different cascades which pours over a cliff creating an impressive seven-part waterfall.