3 Habits Of Highly Successful People That You Can Employ Today 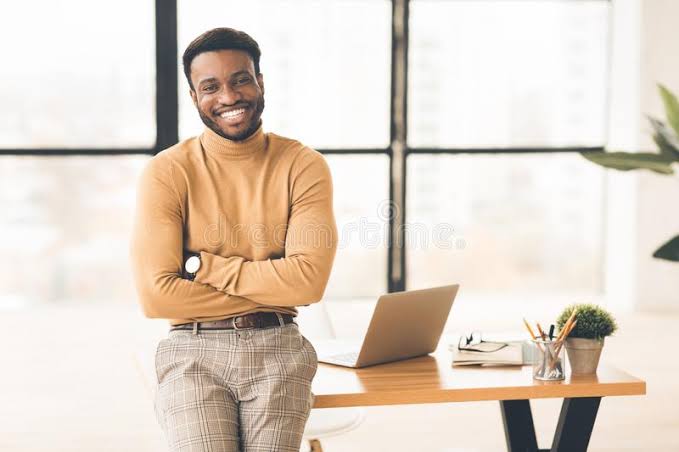 Tactics to help you shift your perspective, change your relationship with failure and open yourself up to success.

“You don’t ever achieve greatness. You don’t actually ever become great, because greatness is a journey, not a destination,” says Don Yaeger, an award-winning keynote speaker, business leadership coach, eleven-time New York Times Best-selling author and executive coach. It may seem strange for someone hired by companies to coach leaders on building a culture of greatness to label it as unattainable, but hear him out.

“Greatness is the pursuit of a level of excellence; the object is for it to be and remain unattainable,” he explains. “If you could become great, you would get there and stop. But the truly great ones, the ones I would argue are the best of all time, don’t believe that you ever really arrive, which is what gets them to wake up the next morning and continue to do what most of the rest of us won’t do.”

The highest achievers are people who set goals about the opportunity to wake up every day and be better than they were yesterday.

Shifting your definition of success from a destination to a journey will inevitably have an impact on the kind of goal you set.

“Goals for most people are a really finite and defined end point,” says Yaeger. “The highest achievers are people who set goals about the opportunity to wake up every day and be better than they were yesterday. Their goal is: Whatever I achieved yesterday, I have to be able to achieve just a little bit more today.”

Here are three daily habits that Yaeger says will help you do just that:

1. Shift your mindset from a “blame mentality”

You’re up for a promotion at work and you’re sure you’ve got it in the bag. Then your boss calls you into his office and breaks it to you: the job went to someone else. You’re crushed. So you meet a friend for a consolatory drink and spend the entire time ragging on the person who beat you out. They were a total overachiever staying until 8 pm every night and sucking up to the boss with gifts and compliments. It’s not your fault that they came out on top. You just weren’t willing to be a total brown-noser. This is an all-too-common response that derails you on the path to success, says Yaeger.

It happens every day for almost all of us. When something doesn’t go the way we intend, human nature is to look for someone or something to blame because it can’t be us,” says Yaeger. “Everyone fails or falls short. But the elite know that, as Jim Rohn once said, excuses are the nails used to build a house of failure. Stop looking for someone to blame when you don’t get what you targeted and start using those moments to teach lessons and generate fuel.”

So how do we move away from this blame mentality? Instead of asking yourself “Who do I blame?” Yaeger says to ask “What did I learn?” From all of the research he’s conducted, he’s found that being aware of the thoughts you have and the words you use when you “lose” is the number one difference that sets high performers apart from the rest.

Instead of asking yourself “Who do I blame?” ask “What did I learn?

It’s about taking note of the thoughts you have in that timeframe shortly after you don’t get what you were hoping for,” he says. “In that moment, if you find yourself [pointing blame], that’s a checkpoint. That’s an opportunity to intellectually and intentionally disengage from that thought and begin a process of understanding. What you need to be saying to yourself is, ‘It wasn’t a failure it was an experience.’ This is difficult, but in that process what you’re saying to yourself is I’m looking for growth, I’m looking to be better as a result of this experience. And you will only get better.”

Who are the five people you spend the most time with? Yaeger says you will be a reflection of those people: “There’s this old study that said if you want to understand your child’s GPA, look at the GPA’s of the five kids they spend all their time with because that’s who they are. If you want to know what your capacity for earning is, look at the bank accounts of the five people you spend all your time with. We settle into our comfortable zone. The key is to have a circle that elevates you. And that takes effort.”

And it often means you need to make changes to who you’re spending your time with.

Take an evening to ask yourself one by one each name, are they going where I’m going? Are they encouraging me or are they dragging me down? When I am with them is it drama in the relationship or is it emotionally negative? As you’re looking at the list, if they aren’t going where you’re going, strike them from the list. Create a new inner circle.”

This process won’t be easy. Yaegar himself identified a close family member during this process who was consistently negative whenever he spoke to them, and he realized he was empathizing and falling into their blame game.

“You have to make a choice: Am I going to continue to give that person my energy? Because doing so means there’s not room to put people in that circle who actually have the ability to help me advance and achieve,” says Yaeger. “You derive energy from the people you’re around, positive or negative. I realized I needed to spend a little less time talking to this person because I’m not going to change them. And a person who was a little further down the list was someone I thought really brought more to the game. I found that person to be someone I would more like to be seen as. And I started inviting them to coffee and lunch and as I made more time there, I had less time for this other person.”

Try this exercise for yourself. Look at those top five people and be honest about whether they are elevating you or dragging you down. Then ask, who is in the outer fringes? “Maybe they are number ten instead of number five, but they’re filled with energy and an enthusiasm and work ethic that I would want to mirror; I could learn from that person,” says Yaeger. “At the end of the day you make a choice: I’m going to go find more reasons to spend time with that person.”

Once you have that circle in place, actively seek feedback from those people.

“Few of us can see the places in ourselves or our work that most need correction. If you get the right circle around you, you should be, on a reasonably regular basis, getting feedback,” says Yaeger. “Ask questions about moments where someone else in your circle may be able to give you honest feedback. This situation didn’t go as I hoped. How do you think I reacted? What advice would you give me?”

Hearing is a sense. Listening is an act. It requires attention.

While asking for feedback is the first step, actually listening to it is key. “Listen, don’t just hear. Hearing is a sense. Listening is an act. It requires attention. Listening requires us to slow down and not be building a defense to what is being said while it is being said.

Which is easier said than done. Often, are initial reaction when hearing criticism is to begin preparing our defense. But this is what results in dueling parallel monologues, versus having an actual conversation with others, says Yaeger. He encourages people to fight that urge to go on the defensive and instead, be completely open, actually listen to what someone is telling you and try to figure out how to act on that feedback.

“That’s what listening is, the ability to absorb and not respond. I’m going to learn and take from it,” says Yaeger. “That ability to be a person who can listen in moments of challenge will set you apart because few people do it and it will allow you the opportunity to grow more quickly.