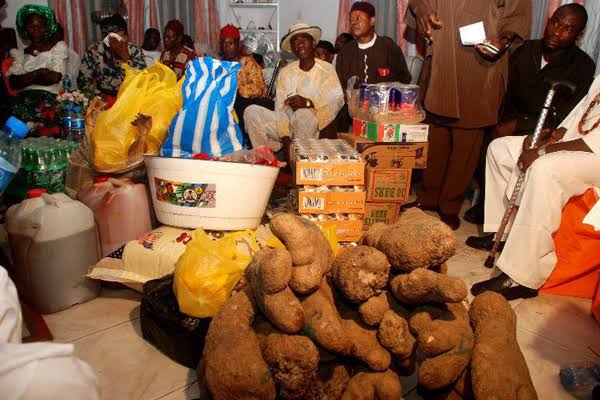 In marriage and divorce in Igbo Culture, bride price is very important.

When a woman seeks to divorce her husband or a man divorces his wife under Igbo custom, the woman has to go through certain rituals called Izuchi’ahia Nwanyi.

Nigeria operates what is known as a double-decker marriage. Couples get married under the Marriage Act and traditional law and custom.

It makes sense that when the marriage is about to be dissolved; it is done under both laws.

The process begins with the family of the estranged couple meeting in her father’s house.

The guests are entertained with alcoholic beverages, food and kola. The cost of refreshments is borne by the woman and her family.

During the Igbankwu, when her hand was sought for marriage, it was the man who came bearing gifts and entertained the guests. Now, she must do so.

At the end of the meeting, the woman’s father or the person who received the bride price must pay back the exact sum spent to the husband.

If the husband does not accept the refund of the bride price, then it is a case for the council of elders, Ndi Ichie to handle. In some cases, the matter is taken to a customary or native court.

Under Igbo culture, a woman cannot own a life. It is believed that her life belongs to her husband or father and as such the children are not hers.

There is no argument or debate about who the child or children should be with because the child belongs to the man, except he didn’t pay the bride price during the marriage.