The Menace Of Lagos – Govima News 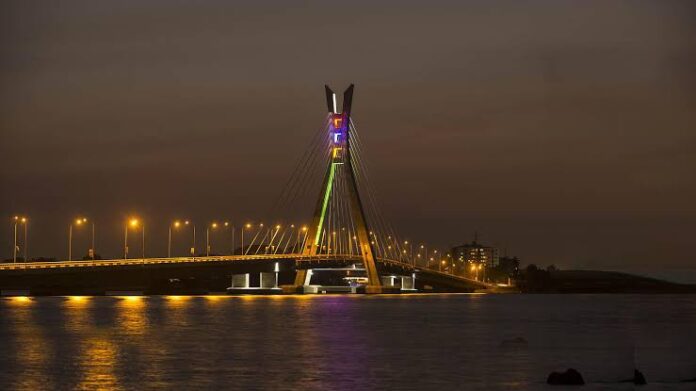 Living in Lagos requires a certain amount of insanity, plus, the city itself can make you lose control.

Lagos is a brutal city, yes it has it’s fun and exciting parts but it is almost as dangerous as Batman’s Gotham.

1. The traffic can kill you

It is not normal to spend three to five hours in traffic because you are trying to earn a living.

Plus, imagine a medical emergency that leaves you stuck in traffic.

Lagos employers should consider remote work or a hybrid. Valuable man-hours are spent in traffic, because of the mental and physical fatigue from traffic, employees cannot work optimally.

2. The cost of housing is off the charts

Femi a young accountant, takes the long journey to work from Alagbado(close to Ogun state than Lagos) to Ikoyi because that is where his family house is. At the close of business hours, he spends about five hours returning home.

He is apprehensive to rent such apartment because he thinks it will be a financial drain not to mention the cost of moving in and buying furniture and appliances.

3. The city is overpopulated and polluted

It is hard to catch stars shining in Lagos. Every square inch of the city is full of houses. There is barely any wide expanse of land full of grasses and trees.

Lagos is the centre of every pollution conceivable – air, water, the noise you name it. You cannot find a moment of silence, the entire city is riddled with noise, many popular streets smell of urine because of open-air defecation and rats have their freeway around the city.

4. Your life is not safe

A tanker can just fall on innocent car owners or collide with young students. Accidents happen frequently, and the level of missing people reports is alarming. Just this month, a young girl was murdered in a BRT which is government-controlled vehicle.

Some years ago, a lady died on her way back from work. It was raining, she was on a bike, and she fell off into a manhole.

Because of the high-stress situation in Lagos, you might find yourself looking for some outlet or relief, that is why even on weekends there is traffic because people are looking to have fun, to have some release. So, they party, engage in casual sex, drink a lot of alcohol or smoke weeds to calm down.

6. Lagos gets on your nerves

From traffic to high-stress jobs with some annoying coworkers, living in Lagos can cause you to be constantly on the edge and angry.

It can also cause a heightened sense of selfishness – a me-first attitude. Have you ever seen people rushing to enter a Danfo? they can push anyone to get in.

7. It feeds your desire to live a fake life

The propensity to live beyond your means, to belong and to be one of the big boys or girls is heightened in Lagos because luxury lives side by side with suffering. Also, when you see people living large on ill-gotten wealth, you might want to mirror them.

8. Finding a faithful partner is hard

How can Lagos be better?

Mandate remote work for people who do not have to be in the office.

If the government can make remote or hybrid working hours a policy for private and government firms where physical presence is not required, that would be so great.

Issues of electricity and data can come up, but it is not enough to rule out that idea.

Increase the number of policemen on the streets of Lagos.

Random street patrols and policemen stationed at high crime areas provides some sort of vigilance, but this is not the case, policemen are more concerned with drivers driving one-way and traffic offences.

Since public defecation is so common in Lagos. Building public toilets in communities and parks can reduce the smell.

4.Government overseeing house prices and construction and not leaving it up to unscrupulous property owners.

5. Designating certain lands like parks and recreations even in the middle of the city.