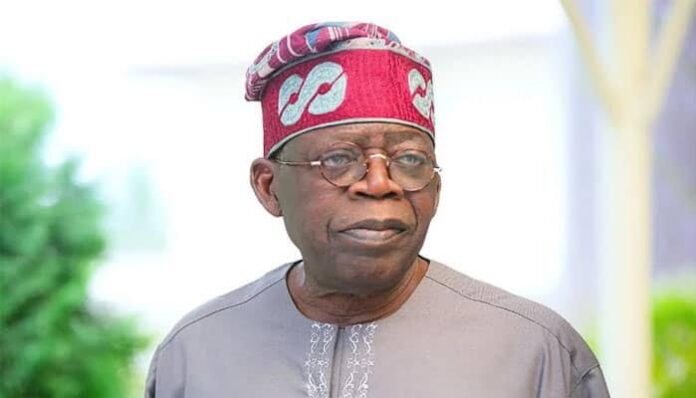 About 200 groups from the North Central supported the aspiration of the national leader of the All Progressives Congress, Asiwaju Bola Ahmed Tinubu to be President of Nigeria in 2023.

The group under the aegis of North Central Agenda for Tinubu said many political parties were ready to give the former governor of Lagos State an automatic ticket should APC refuse him as its candidate in the 2023 Presidency.

“The support groups will identify and prepare five alternate political parties that would give Tinubu automatic ticket as their presidential flagbearer if the APC fails to do the needful”, NCAT said in a communique issued in Abuja after its expanded meeting attended by representatives and leaders of the over 200 support groups from the North-Central part of the country, obtained by Journalists on Tuesday.

The President of the NCAT, John Ali Oriri, said at the meeting that participants have critically evaluated Tinubu’s aspiration and the implications of its success for the presidential bid.

According to them, Tinubu is our preferred choice from the array of aspirants that have indicated interest in leading Nigeria.

He said, “Asiwaju Ahmed Bola Tinubu has declared his intention to contest the 2023 Presidential on the platform of the APC, other aspirants within the APC and other political parties have also indicated interest in the same position.

“Asiwaju Tinubu has embarked on a nationwide consultation with various stakeholders and interest groups during which he has continued to unveil his vision for placing Nigeria on the path to economic sustainability and assert the country’s pivotal place in world affairs.

The former governor of Lagos state has proven that he is a great manager of resources, especially human resources, as he has mentored and groomed political leaders that have positively impacted Nigeria through the posts they have held or still holding.

“He has proven to be economically sound to get solutions to the challenges facing Nigeria.

Tinubu has the wealth of experience and network that the country needs in its next President. These great attributes should not be diminished by persons that are interested only in their own personal agenda to the detriment of the entire nation.”

Oriri said there was an ongoing debate about zoning, with a preponderance of opinion tilted in favour of the Southern part of the country producing the next President.

“Tinubu is fortunately from the South, although he is eminently qualified to be the next president even if zoning is not applied.

“There have been some unwholesome activities by those that are afraid of the kind of reforms Tinubu would further implement in line with APC’s reform-oriented philosophy. These unwholesome activities include the deployment of fake news to tarnish Tinubu’s political standing like creating fake health scares and misrepresenting his age.

“Some of the campaigns to undermine Asiwaju Bola Tinubu are emanating from his own party, the APC. Incidentally, those linked to this campaign are of inferior value and are not qualified to be substituted to Tinubu even if it was possible for them to emerge as their party’s flagbearers.

There are several political parties that are eager to give Tinubu an automatic ticket in the event that the APC fails to recognize his electoral worth.”