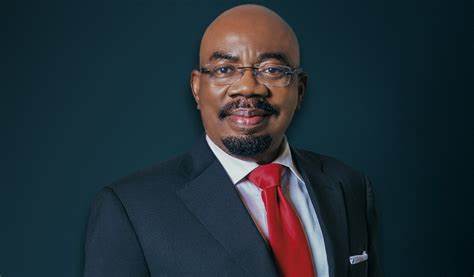 His banking colleagues regard Jim Ovia as one of the founders of Africa’s modern banking system. In his book “Africa Rise and Shine”, Jim Ovia tells his story of moving from a humble background to starting Zenith Bank with $4 million in shareholders funds’ and growing the business to more than $16 billion in assets. His business principles can be applied globally, as demonstrated by Zenith Bank’s London Stock Exchange listing and presence in many countries worldwide.

Zenith Bank is Nigeria’s most profitable bank and the largest listed financial services group on the Nigerian Exchange. In its 2021 full-year audited financial statement, the bank reported a profit of $587.8 million at the end of 2021, driven by sustained growth in gross earnings.

This article looks at ‘Jim Ovia’s 7 Ultimate Life Lessons’ that every ambitious entrepreneur should follow.

Jim Ovia started Zenith Bank with a branch in Lagos at a residential duplex shared with a private tenant. The building did not resemble an office or a bank at all, he said. However, that unassuming duplex was the starting point of a London stock exchange-listed company with operations worldwide. With this, he says, “it’s not necessary to be born rich or in an influential circle to achieve success. The path to success is accessible to every young person regardless of background, family income or education. If I can do it, you can too.”

Jim Ovia believes that the most crucial skill to becoming successful is the ability to listen to your guts. During his university days, Ovia developed a curiosity for computers and wanted to study computer science, but his college advisor conceived him to study Business Management and Administration. He had the gut instinct that this technology was the key to the future of all business, so he always snuck into the university’s computer rooms to learn whenever he had the chance. Years later, when setting up his business, even though there was no internet in Nigeria, he prioritised incorporating digital technology and internet capacity. According to him, “What determines whether a great idea can ever come to fruition is the initial will to act on instincts. When instincts is successfully followed, confidence and self-esteem grow exponentially.

To become successful, you must have the courage to forge your path and take the less travelled road instead of the well-beaten path, Ovia said in his book. It is on such paths that your personality is truly tested, and on such paths lies the potential of higher reward.

4. Develop your negotiating and networking skills

Ovia, in his book, also told a story of how he started a used car sales business during his NYSC days in Nigeria. “After I found a mechanic to fix a beat-up car my uncle gave me, I discovered that there were many beat-up cars available for sale. I would buy these cars, get the mechanic to refurbish them, and then sell them at a higher price. Sometimes I would sell these cars for double and even triple the price I had paid for them.” According to Ovia, the most valuable lesson in this story was discovering and developing his ability to negotiate with the original car owner, the mechanic and the buyer. Ovia recalled that this skill played out when he negotiated a banking license for his business. “Candidates were required to have at least 20 years of banking experience, and I only had 10 years of experience under my belt. I was unqualified on many fronts, but I negotiated my application to be granted. Showing respect and understanding of the person with whom you are dealing creates an underlying sense of trust, and trust is the rocket fuel of negotiation.”

While studying abroad, Ovia got a night job as a computer operator. This experience offered him insights into how an American bank was using data processing technology to its advantage. Ovia also put his MBA knowledge to work during NYSC, writing feasibility studies for companies and selling refurbished cars. He later got a job as a financial analyst at a bank. “All of these experiences, he said, prepared me for bigger things to come. Do not take the little opportunities of today for granted. You will never know when those experiences will play to your advantage. Diligently do what you have to do today; the dots will connect tomorrow.”

6. Build your network and help others succeed

According to Ovia, every entrepreneur or professional needs to place more value in who you know than in what you have. A good entrepreneur sees a potential ally in everyone. Establish your network one person at a time by being reliable and patient. Pave the way instead of burning the bridges.

Ovia believes that being invested in a sustainable future in your community is the activity that determines whether a venture is a flash in the pan or a foundation worthy of an empire.

“The boy I was once was, growing up without a father, might never have looked beyond the confines of the town I grew up in, were it not for one crucial factor – Education! This inspired me to create the Jim Ovia Foundation, which offers scholarships to students and young Nigerians.”