HomeJapan, Australia and Saudi Arabia Through To World Cup 2022 In Qatar
Featured

Japan, Australia and Saudi Arabia Through To World Cup 2022 In Qatar 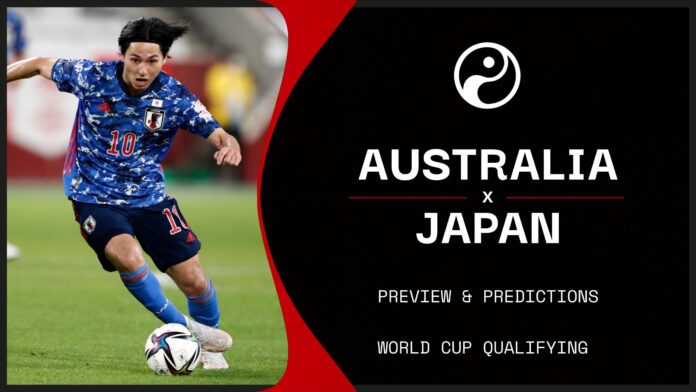 Japan booked their place at this year’s Word Cup in Qatar with a dramatic victory against Australia that also confirmed Saudi Arabia’s qualification for the tournament.

Two late goals from substitute Kaoru Mitoma in Sydney sealed Japan’s place in Qatar with a game to spare.

Victory lifted Japan top of Group B of Asian qualifying, above Saudi Arabia who are four points clear of Australia.

The Socceroos next face Saudi Arabia in Jeddah in what is now a dead rubber on Tuesday, before going on to face the country that finishes third in Group A in a play-off game on 7 June.

With two group games to go, the United Arab Emirates are third in that group, three points ahead of Lebanon, while Iraq are a further point adrift.

The winner of that tie goes on to a play-off against the fifth-placed team from South America.

Japan needed to beat Australia on home soil for the first time since 1998 to progress, and appeared to be heading towards a frustrating draw against a Covid-19-hit Socceroos side before Mitoma came off the bench to break the deadlock in the 90th minute.

Takumi Minamino had hit the crossbar twice in the first-half, and then had an 80th-minute effort from six yards cleared off the line by Trent Sainsbury.

Winger Mitoma replaced the Liverpool forward in the 84th minute and pounced on a cut-back pass soon after to beat goalkeeper Mat Ryan and spark wild celebration from the visitors.

Mitoma then put the result and qualification beyond doubt five minutes later when he skipped through the tiring Australia defence and beat Ryan again.