What is Mithril Finance?

Decentralised finance (DeFi) is a term that refers to financial systems that are enabled via the use of blockchain technology. These are often connected to the Ethereum blockchain. DeFi participants want to eliminate the need for an intermediary, such as a fully centralised regulatory organisation, and to transition away from traditional financial systems.

Numerous DeFi protocols, like SushiSwap (SUSHI), Aave (AAVE), and now Mithril Finance (BARS), allow users to stake their cryptocurrencies and earn passive finance. At the moment, the total value of cryptocurrency stored in DeFi marketplaces globally has climbed from around $1.6 million in 2017 to over $100 billion in October 2021.

This figure was reduced to about $80 billion in January 2022 due to the present political situation. We will examine a new decentralised protocol that has recently entered its presale.

Mithril Finance (BARS) is a newly launched decentralised exchange. It just launched its project and intends to compete on the strength of its multi-chain operability.

Mithril Finance is a savings and lending platform that allows depositors to earn interest on pooled digital assets. Mithril Finance features a governance token called BARS that will provide holders voting power over a variety of economic variables like interest rates, inflation, and deflation levels. This will be a mechanism that balances the voting power of holders of BARS tokens against defined observable indicators.

This should improve the possibility that holders of BARS tokens will profit from a variety of financial incentive programmes.

Mithril Finance aims to address a shortcoming of current Ethereum-based decentralised exchanges by enabling users to trade tokens at a much better rate instead of the slow and costly process ETH uses. Additionally, they’re bringing an intriguing NFT dynamic to their staking pools, based on the mystical metal Mithril, complete with mining, pickaxes, weapons and armour.

Is Mithril Finance a Rug Pull?

Mithril Finance is not a rug pull. The vast majority of cryptocurrencies on the market are founded on an idea or concept, with no original functionality. This project has a well-written whitepaper, a well-designed website, and a social media presence that is active. Not only that, but a Certik audit is on the way, which will lend to it’s authenticity by highlighting any discrepancies in their code. 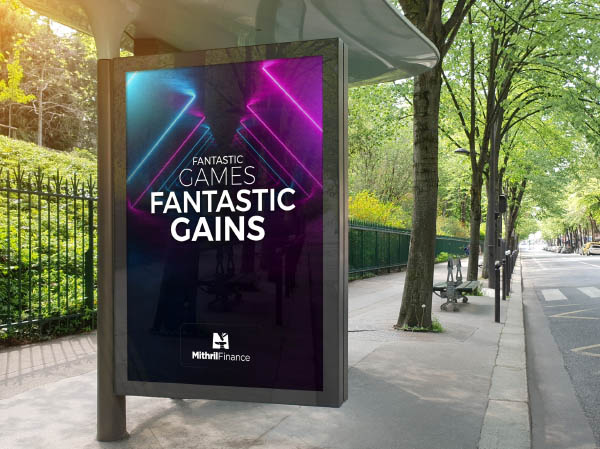 There are plenty of examples of incredibly successful cryptocurrencies which haven’t had any of these things initially. Dogecoin (DOGE) and Shiba Inu (SHIB), for example, are significantly less trustworthy cryptocurrencies that have prospered solely by garnering attention. They still both made people millionaires.

Is Mithril Finance a safe place to put your money?

Mithril Finance is well-protected. It is safe in the sense that any project is on the cryptocurrency market. The cryptocurrency business as a whole is quite volatile. However, it is a well-known truth that investing early in a creative idea may be a highly profitable strategy. During the presale period of a cryptocurrency’s debut, funds are allocated and cannot be withdrawn, meaning that the price will continue to grow.

This will continue until the currency is made accessible to the general public as part of the initial coin offering (ICO). Following that, it has the potential to develop even further, reaching heights of large decentralised exchanges like Uniswap and PancakesSwap.

How can I invest in Mithril Finance?

Because this cryptocurrency has just recently started its presale, the only way to participate at the time is via their website. There is a process which is clearly illustrated on the website. It will require a peer to peer transaction, which will get you access to a dashboard with data on the developing price of the cryptocurrency.

Before allocating your cash, like with any element of money and investing, it is essential that you do enough research and use caution.