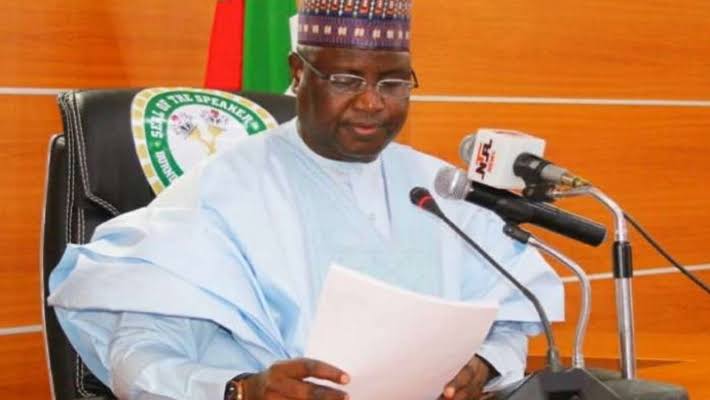 The Speaker, Borno State House of Assembly, Abdulkareem Lawan, has lamented the continued control of his local government area, Guzamala, by the Boko Haram/Islamic State of West Africa Province terrorists, thereby suspending all human existence including the military from the area.

This is as the speaker appealed to the Federal Government and the military authorities to take advantage of the operation desert sanity recently launched by the joint task force Northeast operation Hadin Kai to clear all Boko Haram/ISWAP terrorists from the fringes of Lake Chad.

The move, he said, will help restore locals back to their communities for them to return to their normal lives.

He made the appeal on Friday at the official flag-off ceremony for the distribution of Phase IV Scholarship worth N5 million to 446 indigenous students of Guzamala studying at various tertiary institutions.

The event was held at the multi-purpose hall of Sir Kashim College of education in Maiduguri the Borno State Capital.

“The entire Guzamala Local Government area where I hail from is still under the control of Boko Haram sect as there is no presence of troops or civilians since they were displaced by insurgents about six years ago. As I speak, Kukawa, which is the Council Headquarters of kukawa LGA only has the presence of troops of the Nigerian army without a civilian population.

“There is no single existence of civil authority in Guzamala, not to even talk of military presence in the Council Headquarter and its surrounding communities, our people including our district heads, stakeholders who are here with us are still taking refuge in camps and host communities located in Nganzai, Monguno and other neighbouring local government areas including Maiduguri metropolis for the last six years.

“Our people are desperate to go back home, it is unfortunate that this is not the first time I have been agitating for military presence in Guzamala and surrounding communities to enable my displaced people take the advantage of Governor Babagana Zulum’s move in reconstruction and resettlement, but to no avail. I insist that Guzamala is still a no-go area,” Lawan said.

The Speaker appealed to the federal government and the military authorities, especially the Chief of Defense Staff, General Lucky Irabor, to fast track efforts in the ongoing Operation Desert Sanity by troops of Operation Hadin Kai to restore civil authority in Guzamala and Kukawa local governments which are still under the full control of Boko Haram.

While addressing the gathering, the Speaker appreciated the efforts of the military and other security agencies in the fight against Boko Haram and other criminalities in Borno and the North East in general.

Lawan said he has been giving stipends to indigenous students studying in various tertiary institutions within and outside the state and beyond as his constituency projects.

“Since our inauguration that gave us the mandate to collect a database of students, scholarship has been awarded to over 350 students during the 1st, 2nd, and 3rd phases. I am glad that today, we are witnessing phase IV of the scholarship award to 446 students, consisting of 432 undergraduates and 14 postgraduates.

“We also have 120 students from colleges of Education, Agriculture and Health, Mohammed Goni College of Law and Islamic Studies MOGOLIS and 77 students from Ramat Polytechnic Maiduguri who are beneficiaries of this gesture today,” Lawan said.