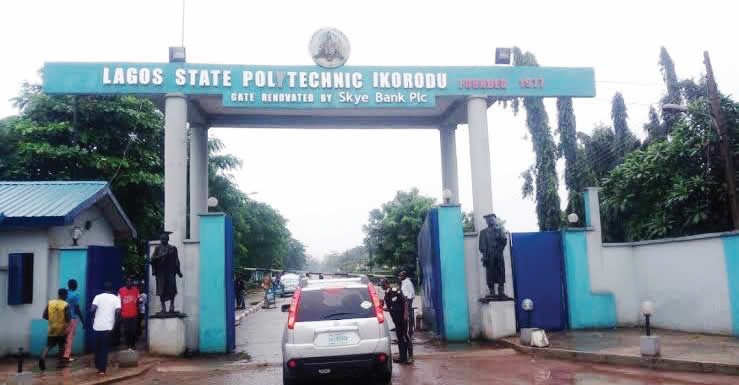 Two undergraduates at the Lagos State Polytechnic, Ikorodu, have abandoned their studies after suspected members of the Eiye Confraternity allegedly initiated them into the cult.

PUNCH Metro gathered that the initiation took place around their off-campus hostel on Oremeji Street, in the First Gate area of Ikorodu.

The students, who are in hiding, spoke to our correspondent on condition of anonymity.

The undergraduates, who lived together in the same hostel, said they left their room to charge their phones at a neighbour’s house close to their hostel.

On their way back, a caretaker in the area, identified as Ramadan, who was with a suspected cultist, reportedly beckoned on them.

Being someone they knew in the area, the undergraduates reportedly approached him, as the suspected cultist ordered them to follow him to a nearby house.

One of the undergraduates said the caretaker abandoned them to the suspected cultist, who was said to be notorious in the area.

He said, “Upon getting to the house, about 15 suspected cultists were at the front of the house. But as we entered, we saw six other people, including an older man, who appeared to be like their leader. A boy was also laying facedown.

“They started beating and slapping us. As they ordered us to kneel, we became very scared. Later on, the older man forcefully gave us something to eat and after we ate it, he told us to recite an incantation after him. He then poured alcohol into his mouth and spat in our eyes; there was no one to help us.

“They said we should no longer be afraid and that if anyone did anything to us, we should let them know. The caretaker later met us there. We were also warned against telling anybody what happened. When we got to the hostel, we told our parents and we were instructed to leave the area immediately. We packed some clothes and went home.

“I am no longer returning to the school; I don’t want to die. My mother has called the caretaker and he denied what happened. He also told her to come, but we can’t go because when this kind of thing happened in the past, the parents and the undergraduate were killed when they went to see the cultists.”

One of the victims’ mothers, who identified herself only as Ebun, said despite informing the school management, nothing had been done.

She added, “After the caretaker denied, I went on the Lagos polytechnic website, got some numbers, and a representative of the institution, who picked up the call, told me to visit the school.

“The cultists gave my son and his colleague something to swallow, poured alcohol on their heads, private parts, and told them to recite incantations. They told them not to tell anyone and that if they did, they would die. The cultists said whenever they heard them shout ‘All birds should fly,’ they should come out for an operation.

“My son and his colleague are already at home. My son, who is a National Diploma 2 student, said he is no longer going back to complete his studies because he doesn’t want to die. Please, I need help. I am a single mother who sold my freezer and collected a loan when he got the admission.”

A WhatsApp message showing the school’s representative urging the aggrieved mother to visit the school to see the Directorate of Student Affairs was seen by our correspondent.

The caretaker, Ramadan, denied the allegations.

He said, “How will I do such a thing when I have my own son? On that day, I was playing ball on the field and later went towards my car when some boys greeted me. I drove out without knowing that those boys had done something bad. I never knew anything about it; it was just coincidence and I demand a thorough investigation as I have also called their landlord.”

A spokesperson for the institution, Lanre Kuye, urged the families of the students to report to the school authorities for action.

He said, “We operate an off-campus system, but they should report so that the DSA will be informed and the CSO will report to the police area commander for appropriate action.”

The state Police Public Relations Officer, Benjamin Hundeyin, urged the families to step forward and report to the police, assuring that the culprits would be arrested and prosecuted.

The Police have arrested a 20-year-old woman, Maryam