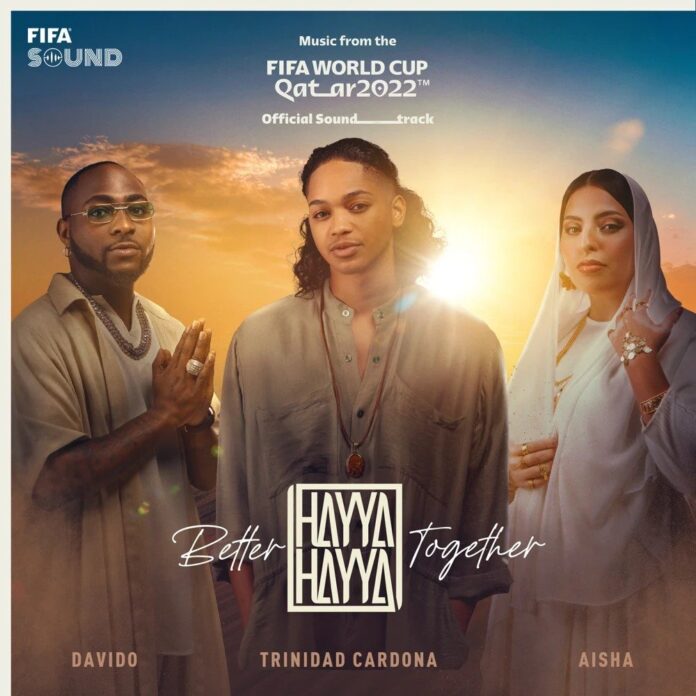 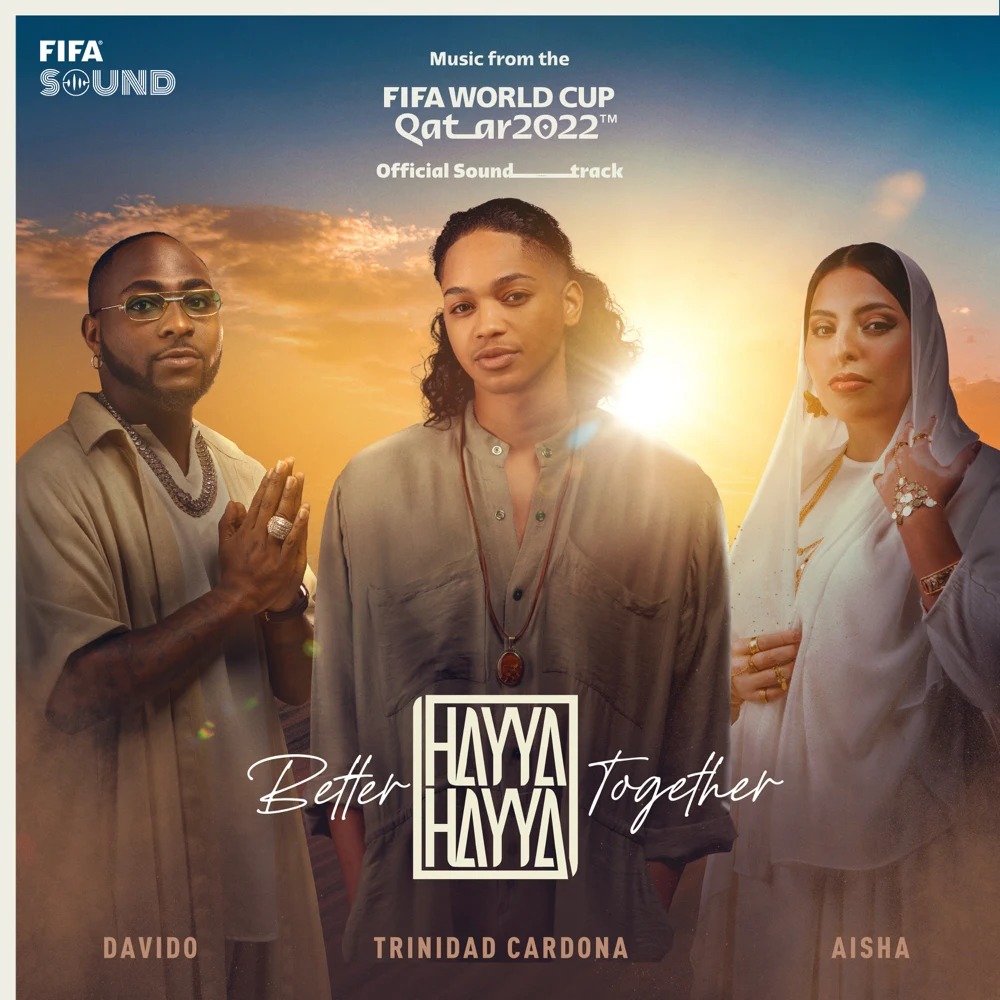 Davido announced the development on his social media handle on Friday, saying the official soundtrack is titled ‘Hayya Hayya’ (Better Together).

He tweeted, “I’m honored to be featured on the Official ⁦#FIFAWorldCup 2022 Soundtrack! See y’all later 2NITE! This one is for Africa! TULE!!!! 🤞🏾❤️ WE RISE!”

Aside from Davido, the single featured US star Trinidad Cardona, and Qatari sensation Aisha ahead of tonight’s final draw for the tournament.

Justifying the choice of Davido and others, FIFA on its official page, said their choice is to “connect with audiences worldwide through the shared passions of football and music.”

“The entertainment strategy was conceived to create innovative and meaningful connections between football fans, music enthusiasts, players, artists, and the game and songs they all love.

“The combination of breakthrough US star Trinidad Cardona, Afrobeats icon Davido and Qatari sensation Aisha captures the spirit of the FIFA World Cup™ and the FIFA Sound strategy by bringing together inspiration from across the globe.”

Reacting to the single, FIFA Chief Commercial Office, Kay Madati, said, “By bringing together voices from the Americas, Africa, and the Middle East, this song symbolises how music – and football – can unite the world.

“As part of FIFA’s revamped music strategy, the multi-song soundtrack will bring passionate fans closer to the spirit of the FIFA World Cup like never before.”

The track’s debut public performance will take place tonight in front of a worldwide audience of football fans, who will tune in from around the globe to follow the highly anticipated draw starting at 19:00 local time, FIFA said.