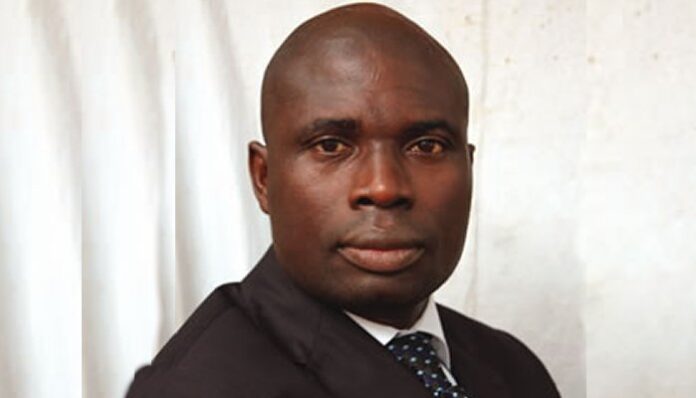 I never got the impression that Biodun Baiyewu writes good plays until I watched her play, Beere, at the Shehu Musa Yar’Adua Centre, recently. Biodun is the Executive Director of Global Rights, an NGO, and we were together at the 2009 creative writing workshop organised by Chimamanda Ngozi Adichie. Years did pass before I got to know she writes plays too. Now that I watched Beere, I see Biodun from a new perspective; the perspective of her creative and clever take on African women, particularly the Egba women of the 1940s in Ogun State, Nigeria.

Her work reminds us that there were women in the past who started the emancipation process which led to many of the things that now appear normal in today’s Nigeria. They weren’t in the past. Some women had to sit up and fight in a society where it was common to hear women referred to as “mere women.” Beere speaks my language for many reasons. One, the play tells our own story, the Nigerian story, the story of African women, which I think we don’t tell enough. Like Biodun said after the play, “we’re Nigerians” and we’re proud of who we are. One way to display this is by telling of our heroic deeds. We do have heroic deeds just as we have heroes who made them happen.

In fact, we’re the heroes we wish to see. Biodun puts these words in the mouth of one of her major characters, the reason the character told her granddaughter the story of Egba women who revolted against colonial oppression. At the forefront of the revolt in the 1940s were Mrs Soyinka, mother of Prof Wole Soyinka, the Nobel Laureate, as well as Mrs Funmilayo Ransom Kuti (alias Beere), the mother of Fela Anikulapo Kuti, the late afrobeat musician. As a result of Egba women’s activism, the Alake of Egbaland at the time was compelled to abdicate. The grandmother who told this story was making the point to her granddaughter that if she wanted changes in how the nation was run, if she was looking for heroes who would bring about changes, it was best that she, the granddaughter, got prepared to be that hero she looked for in others. You can’t sit and wait vainly for others to effect change in society. Change begins with us. We are the heroes we seek, the same way the women of Egba became heroes because they didn’t sit and wait for others to bring about the change they desired. They went for the change themselves and they got it.

Now, the other reason Beere speaks my language is connected to the first. Recently, I congratulated another fellow of the 2009 Chimamanda Adichie workshop over the independence anniversary of her nation, Ghana, on March 6. Martina, better known by her pen name, Mamle Kabu or Mamle Wolo, notes in her response that her nation has its challenges too but she and others are doing what they can “in our various corners” to bring about change. I respond to her that such is the spirit, the kind of things I state whenever I have the opportunity.  Note that Martina, an award-winning writer, partly has European roots, but she loves Ghana and she’s lived there all her life, making her contribution to the country as a creative writer. Those are the kind of people I pay attention to, not those who escape to enjoy material comfort abroad only to disparage their African roots.

Biodun displays the same mentality as Martina’s in Beere and I’m not surprised. Creative writers have a few things in common. This is a lady who also has a part of her roots abroad (and she did school abroad at a stage). But like other people that I’ve praised on this page (who could have stayed abroad, but who choose to stay here and do their best for our nation), Biodun looks at a real life story that projects us as a proud people, proud of our heritage, and puts it in the form of a play to project a particular narrative. With the narrative she adopted, she did bring out a few issues which reflect what she believes and what she practises. As a lawyer and an activist, she shows those strains through the Egba women. For me, her interpretation of the events of the 1940s is apt along these lines because we all see things differently and we interpret them differently, and she does hers in the best tradition of creative writers.

These are trying times in Nigeria, but many don’t play their part in their corners;  rather they insult ‘government.’ It’s the reason I have this distaste for some of the criticisms out there in the public space. Those who lift no fingers to do a thing are the more virulent critics. It’s good to criticise what’s not right in your nation. But if you make the mistake of running your mouth without telling me what you do differently in your corner, I will ask you hard questions. Those who shout the loudest are the ones who harm this nation the most in their corners. We go to the public agencies they head, there we see them mismanage the place but insult ‘government’ for the collective outcome.

Biodun as an activist isn’t busy criticising the government, rather she uses her training as a lawyer and her training as a creative writer to educate each of us to do something, to be the hero we wish to see when it comes to changing what we don’t like about our nation. In that sense, Biodun’s Beere speaks my language loudly. In her words, Biodun notes that since British Colonial Nigeria, the trajectory of Nigeria’s political history has been replete with civil rights movements, which have been very instrumental in achieving significant socio-political impacts. Set in 1947, Beere presents the story of the Egba women’s revolt – a resistance movement led by Funmilayo Ransome Kuti against the corrupt imposition of unfair taxation by the then colonial government. According to the playwright, Beere portrays the power of collective and inclusive citizen action in addressing governance issues. And so it did; I meant, the power of the collective as well as citizen action.

I’ve been surprised at how we often overlook these in our desire for a better nation. There’re those who go to the streets to protest regarding issues that matter to them. There are those who speak up. There’re many who don’t partake in this and it’s not possible that everybody would. However, it should be noted that each of us can be an activist in something, we can be heroes in our corners. We can by at least carrying out the civic responsibility that every Nigerian who wants good governance should carry out. Voting during election. But this too is largely ignored by many. Those who don’t vote make the most noise and they’re mostly in parts of the country where the most virulent criticisms of ‘government’ come from.

Some of us take these contradictions seriously, so it’s difficult to accept the insults being thrown by Nigerians in this category? I can’t understand a Nigerian who wouldn’t do a thing, even exercise their civic responsibility by voting during election but expects the best of governance. There’re as well those who collect money from politicians before they vote, scorning those who say they shouldn’t. It’s worth noting that the part of the country where some collect money to vote is also where criticisms of ‘government’ mostly come from. Yet many of them are online insulting the ‘government’ they voted for after they collected money.

If there’re Nigerians with the mentality that they can insult other tribes, and insult other people’s religion over the state of the nation while they sit and do nothing, Beere, the play, is a helpful rebuttal. It’s another evidence of what some of us point to, but which some pretend they don’t understand. It’s our public space though, and those who do nothing except blame everyone else for the condition of this nation are highly welcome in it. But they should have enough presence of mind to accept that we’re here too – those of us who believe it’s irresponsible of any citizen to expect benefits without having responsibility.