As part of its commitment to feeding the nation every day, Nigeria’s leading manufacturer of superior quality products and a notable player within the FMCG industry, Flour Mills of Nigeria Plc (FMN) once again takes the lead in propagating the National Sugar Master Plan (NSMP) Agenda through its Sugar Cane Outgrower Scheme.

The result presentation of the Scheme’s pilot edition took place on the 30th of March 2022 at the Golden Sugar Company’s Sunti Sugar Estate, Niger State, with over 100 attendees including leaders of the scheme’s participant communities.

Flour Mills has participated in the NSMP and Backward Integration Plan (BIP) since its inception in 2012 through its subsidiary Golden Sugar Company situated on the Niger river in Niger state.

At Sunti, the Company has an area of 22,000ha on which a 15,000-hectare sugar estate is being developed. More than N73 billion has already been invested to establish the sugar estate of 3,500ha of irrigated sugar cane and a Sugar Factory with a 3,000 tons per day milling capacity.

The Factory is the only one constructed under the NSMP and producing sugar today. Once the development is complete 150,000 tons of sugar will be produced per year.

The Golden Sugar Company Sugar Cane Outgrower Scheme is another integrated, direct, and productive response to the Federal Government’s quest to develop the sugar industry with a view to ensuring that Nigeria attains at least, 70% self-sufficiency in her sugar requirement within the shortest possible time.

Speaking on the processes involved in attaining the applaudable results by the Outgrowers, Anlo Du Pisani, the General Manager, Sunti Sugar Estate, shared some insightful feedback about the project.

“Prior to the progressive agricultural interventions by FMN, there was no sugar cane cultivation in the area. By establishing the Outgrower Scheme its showed local farmers that sugar cane is an easy to grow and lucrative crop.

“With the Golden Sugar Company estate and sugar mill on their doorstep technical experience and support are on hand and there is a guaranteed market for their crop.

“The result has been beyond expectation. We have trained hundreds of sugarcane farmers under the out-grower scheme and have sent some to Malawi for training to scale-up their output”.

Pisani said the pilot edition of the Golden Sugar Company Outgrower Scheme had 29 participatory communities and that each was allocated an area ranging from 1 hectare to 2 hectares with an average of 1.45 hectare per community. 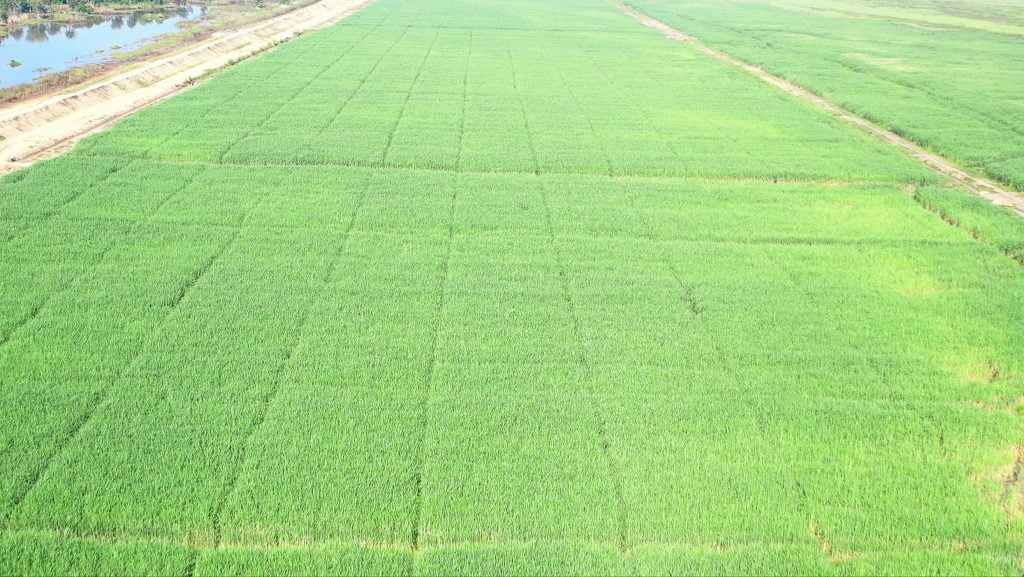 He announced that an overall of 42 hectares of land area was cultivated with sugarcane out of which 14.2ha was for plant and 27.8ha was for ratoon.

“At the end of the planting season, a total of 3,291 tons of sugarcane was delivered by the local farmers as harvest.

“The stated result succinctly depicts that the Golden Sugar Company Outgrower Scheme was a huge success not just for the Group but also a proven profitable venture for communities that participated in the program”, Pisani added.

The Company is expanding the outgrower scheme area to cover 110ha for the coming season and plan to keep accelerate the Outgrower scheme from this solid base.

“We are greatly invested in feeding the nation every day and the Outgrower’s Scheme is a pragmatic example of our commitment to Nigeria and the citizens. We are once again leading the industry in line with the implementation of the National Sugar Master Plan mandates.

“The results of the Outgrower scheme pilot edition depict that first, farming, and in this case sugarcane farming is a profitable venture especially when an inclusive investor and industry player like FMN orchestrates the process.

“Secondly, we would continue to work with the Federal Government and the National Sugar Development Council (NSDC) to ensure food and sugar self-sufficiency in Nigeria.

“Finally, we beckon on more local farmers to key into the Golden Sugar Company Outgrower scheme as all existing results and feedback has proven that the program is an inclusive investment with a shared profit model”.

Top performers in the pilot edition of the Golden Sugar Company Outgrower scheme were awarded during the event to encourage dedicated and committed participation in the program.