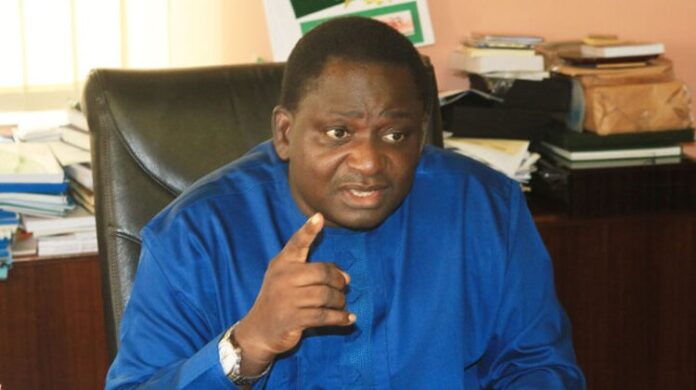 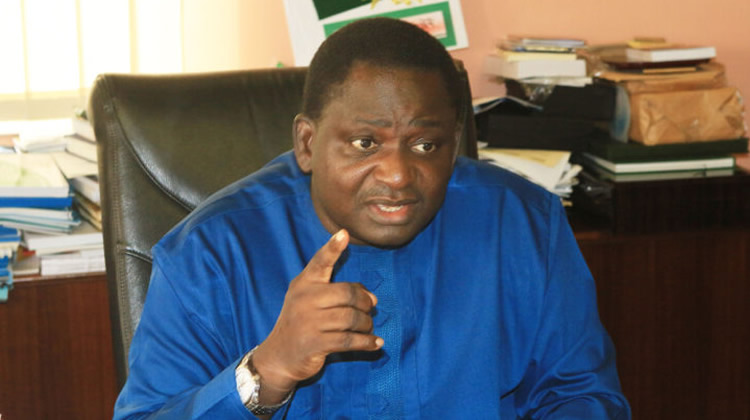 After about seven years of downplaying the severity of Nigeria’s security crisis since his principal assumed office in May 2015, Presidential spokesman, Femi Adesina, on Friday, finally admitted that Nigeria is at war.

Adesina, in a piece titled, ‘They Hate God, They Loathe Humanity’, described the attack by terrorists on hundreds of passengers onboard an Abuja-Kaduna train on Monday as a “carnage” and a “premeditated murder from the very bottom of hell”.

He said, “Whoever or whatever they are, terrorists, bandits, it doesn’t matter. They sow evil, and they will reap it. They do not deserve to live. Not in this world, nor the next. They need to be sent to their master, the Devil, and speedily too.”

Adesina lamented that the terrorist attacks on trains was affecting the “rail revolution in the country” and that the insurgents abhor any form of progress or development.

He said though his principal, the President, Major General Muhammadu Buhari (retd.), won’t be able to carry weapons to face the marauders like he did when he was much younger as a military officer, he had ordered the Service Chiefs, and the Inspector General of Police to “wipe out these evil people. Kill them. Eliminate them.”

The presidential aide also blamed Nigerians for the insecurity in the country, saying they perpetuate evil through negative comments.

“The role of some Nigerians in perpetuating anomie in the country is worrisome. Through their tongues. They say evil about the country, utter negativity, thinking they are saying it against the government of the day. I mean even bishops, pastors, imams, commentators, talk show hosts, all sorts. They are engaged in war of tongues with Nigeria. They don’t know that the more they say it, the more evil happens. The cup fills up, and runs over.

“Let’s change our tongues. Change our hearts about our country. Out of the abundance of the heart, the mouth speaks. Let’s begin to bless our country, rather than curse, and sow negatives in the hearts of people.”

“Those who visit evil on society do not deserve to live, no matter what some activists may say. They should be sent to hell, and I join the President to plead with our security agencies: wipe them out. Kill them. Eliminate them. They have declared war against the country and its people. We are at war, yes we are. They do not deserve to live. They have lost their humanity. Wipe them out. Kill. Eliminate,” he admitted.