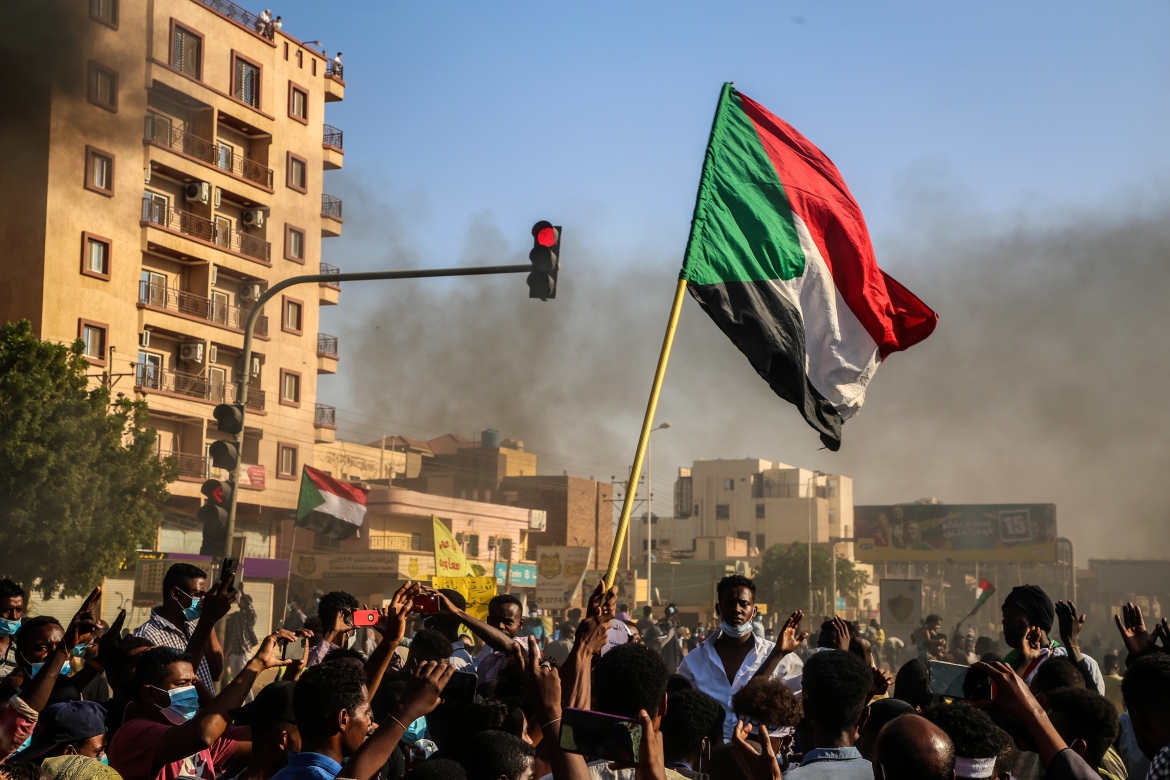 A Sudanese protester was killed on Thursday as thousands rallied against last year’s military coup and worsening living conditions.

“The military should go back to the barracks”, “Down with the government of hunger”, protesters in the capital Khartoum chanted.

According to the Central Committee of Sudan Doctors, a 23-year-old protester was killed after he took a live bullet to the chest by coup forces in Khartoum during Thursday’s demonstrations.

“His death brings to 93, the number of people killed in a crackdown on mass protests since army chief Abdel Fattah al-Burhan led a military coup on October 25,” the committee added.

The military power grab drew wide international condemnation and upended a transition to civilian rule that had followed the 2019 ouster of longtime autocrat Omar al-Bashir.

Sudan’s already ailing economy had taken severe blows since the coup, as Western donors cut crucial aid pending the restoration of a transition to civilian rule.

In recent weeks, the Sudanese pound had plummeted against the dollar as prices of food, fuel, and basic commodities soared, driven higher by Russia’s invasion of Ukraine. Both countries were major wheat producers.

On Monday, the United Nations special representative Volker Perthes warned that Sudan was heading towards “an economic and security collapse” unless the civilian-led transition was restored.

He said that the UN, along with the African Union and regional bloc, had agreed to join efforts to facilitate Sudanese-led political talks.

The Friends of Sudan, a grouping that included the United States, United Kingdom, and the European Union, warned on Wednesday of “the immense economic pressures” facing Sudanese citizens.

The group also said that the restoration of a civilian-led transition “would pave the way to restore economic assistance and international debt relief.”

This week, Burhan dismissed senior members and boards of some 30 public universities in Sudan in the latest sign that he was tightening his grip on power.

The move had prompted many professors to submit collective resignations, while others launched open-ended strikes.

“This decision is a blatant infringement on the independence of universities,” a union for Sudanese university and higher institution professors said in a statement.

Sudan had yet to appoint a prime minister since the January resignation of Abdalla Hamdok, who was ousted in the coup before briefly coming back to the office.

President Muhammadu Buhari has been asked to sack