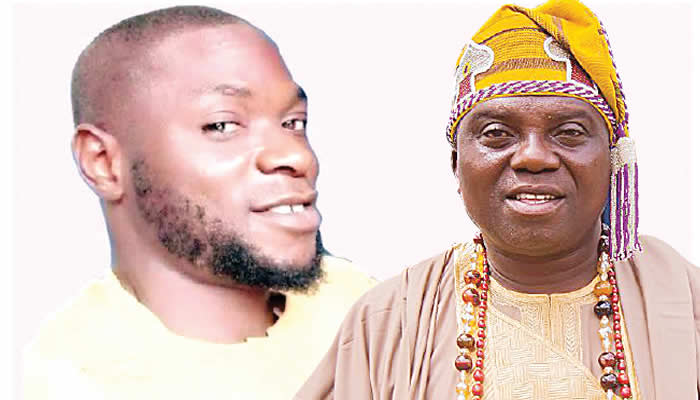 The Aragbiji of Iragbiji, Oba Ayotunde Olabomi, speaks to BOLA BAMIGBOLA about the alleged extrajudicial killing of his nephew, Saheed Olabomi, last year by a team of riot policemen in Osogbo, the Osun State capital

In what circumstances did your nephew, Saheed Olabomi, die?

I am speaking on behalf of Olabomi dynasty of the Ajibode Ruling House, Iragbiji, whose son was brutally murdered by a team of policemen led by Sgt. Adamu Garuba and his other accomplices – Sgt. Ajibola Dupe, Sgt. Atighir Lawrence and Sgt. John Yilkur. The incident happened on July 27, 2021 at about 5pm in the Oke Onitii area, Osogbo. Sgt. Adamu Garuba was said to have pulled the trigger that sent our son, the harmless Saheed Ajibola Olabomi, to his untimely death without any iota of provocation.

You have expressed displeasure with the way investigation into the case is being handled by the police. What are your reservations?

The police personnel responsible for our son’s death is Adamu Garuba, who is attached to the Commandant Mopol 39, Osogbo. But unfortunately, since the incident happened, in spite of the insistence of our family on justice, we discovered that the police authorities, led by Mr Joseph Gobum, the AIG Zone XI, Osun State Commissioner of Police, Mr Olawale Olokode, and the Commandant, Mopol 39, Mr Sebastian Moorkwap, have done everything possible to cover up the criminality. One continues to wonder that the police, an organisation that has a duty to enforce the law, are harbouring individuals that are trying to cover up a murder case. We have been to court twice and we discovered that the police have refused to bring the suspect to court.

In fact, we learnt from a reliable or authoritative source that the police officer who killed our son was never dismissed. This is contrary to the impression given to members of the public that he has been dismissed.

What have the police told  you about  the status of the case?

We are in the dark. We begin to wonder what comes up going forward, because we have never seen justice displayed or expressed in any form by the police authorities.

What exactly do you want done concerning the case?

We are now calling on the President of Nigeria, Muhammadu Buhari; all the governors, the Inspector-General of Police, the committee in charge of police affairs at the Senate and the House of Representatives, opinion leaders, civil society organisations, media and all the people that matter in society to come to our aid, support us and pressurise the police to do the needful by dismissing the officer and allow him to face trial like it is being done for every common man who is involved in similar act in Nigeria.

Being a police officer doesn’t give him a licence to kill and go scot-free, thereby flouting the constitution of Nigeria with impunity. These are our prayers and we believe that our prayers will be answered by the Almighty God and Nigerians.

How is the family of the deceased taking his killing?

We have a lot of challenges because the deceased left an aged father, mother, wife, children and other family members behind. He was a young man and since the incident, the family has been experiencing a lot of difficulty. Saheed was more or less the breadwinner of the family. We lost a child and at the same time, we could not get justice and it is very painful. One thing is very wrong in Nigeria; if you are wronged, there is no one to compensate you.

Where are his wife and children?

They are here in Iragbiji. The wife, children, parents are suffering because there is no one to take care of them and at the same time there is no justice and the situation is worrisome. It is traumatising for someone to be witnessing this kind of thing in a sane country.

Unfolding events have shown that the 2023 general