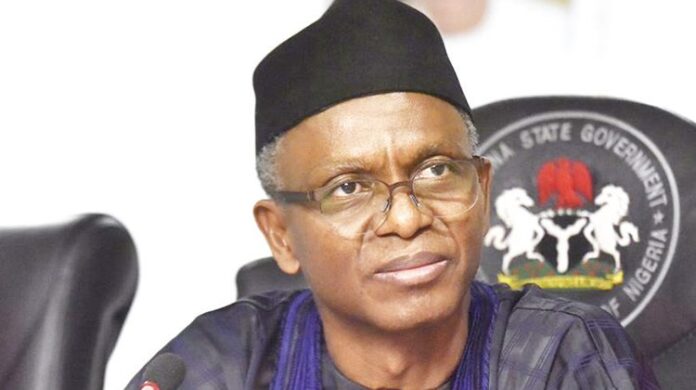 The Kaduna State Governor, Nasir El-Rufai, has vowed to hire foreign mercenaries to fight against terrorists following the Monday night attack on a Kaduna-bound train.

He also stated that four others of the seven Northwestern states—Katsina, Zamfara, Kebbi, Sokoto—may join him to hire foreign mercenaries if the Federal Government does not end the ongoing spate of terror attacks in the region.

El-Rufai disclosed this to State House correspondents after he visited the President, Major General Muhammadu Buhari (retd.), at the Presidential Villa, Abuja, to update him on the happenings since the attack.

“Why is it that up till now, the security has not gone to kill them? Where are our soldiers? Why have they not done it? That is why I have come to see Mr President. And also I have said that if these actions are not taken, it becomes a must for us as governors to take measures to protect our citizens, even if it means we will import mercenaries from outside the country to do it. If our soldiers fail, I swear to God, we will do that. This issue has gotten to an alarming state,” he said.

According to him, Monday night’s attack on the Abuja-Kaduna train, which left eight passengers dead and several others injured, would have been avoided if the federal government had heeded his earlier warnings.

The governor, who spoke in a brief interview conducted in the Hausa language, said he got the assurances of Buhari to end the ongoing attacks in a few months.

He warned that the attackers, who he identified as Boko Haram elements, could hold the entire nation to ransom if the military failed to, as a matter of urgency, storm their forest hideouts and clear them in simultaneous attacks.

On the identity of the assailants, El-Rufai said the train attack was not done by the terrorists known as bandits who have been roaming the Northwest for a few years now, but by Boko Haram members.

He said: “To us, this happened because we have consistently written letters to the Nigerian Railway Corporation. We wrote them twice to stop night trips because we had a security report that Boko Haram had entered and they were planning to blow up the train. We wrote to them twice but they didn’t listen.

“Secondly, the Air Force, in response to that security report, went and established a base at Katari, where helicopters can land and refuel so that if anything happens, they can quickly respond. But that cannot work at night because some helicopters cannot even fly at night. That is why we advised the Federal Government that the night train should be stopped.

“We suggested that the last trip should leave Abuja by 4:00pm so that they could arrive in Kaduna before nightfall and the same for the last trip from Kaduna, but our advice was not taken. It took the security agents over an hour to get to the scene when the attack happened because it was night. It would have been faster in the afternoon.”

The former Federal Capital Territory minister also noted that the attack was “not the bandits that we are used to. These came prepared. They have planned this attack for long to the extent that they know the first-class coach where they will get the big personalities.”

On the response of the Northwest to the attacks he said, “We have been suggesting that these forests where these people are, we should go there and bomb the forests for everyone in the forest to be killed. Honestly, if this is not done, this banditry in Niger, Katsina, Zamfara, Kebbi and Sokoto will not end.

El-Rufai also noted that if the military takes no proactive response, he would hire mercenaries to do the job.

“Why do we always wait for them to strike before we go after them? Why can’t we go to where they are and kill them? We know where they are. We have the maps as the military knows, the policemen know and everyone knows. The DSS is giving us a report every time: see where Dogo Gide is, see what he is planning.

“Why is it that up till now, the security operatives has not gone to kill them? Where are our soldiers? Why have they not done it?  That is why I have come to see Mr President.

“And also I have said that if these actions are not taken, it becomes a must for us as governors to take measures to protect our citizens, even if it means we will import mercenaries from outside the country to do it. If our soldiers fail, I swear to God, we will do that,” he threatened.

He noted that the President has assured him that the attacks will be brought to an end within months.