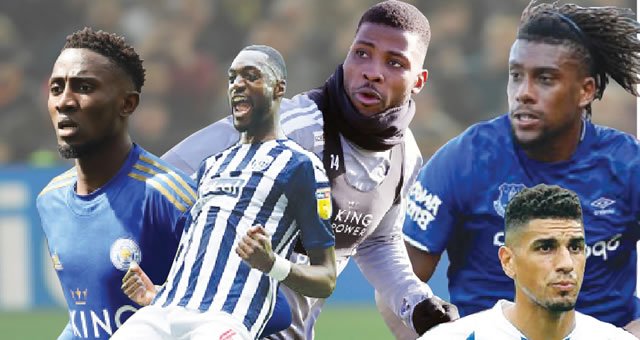 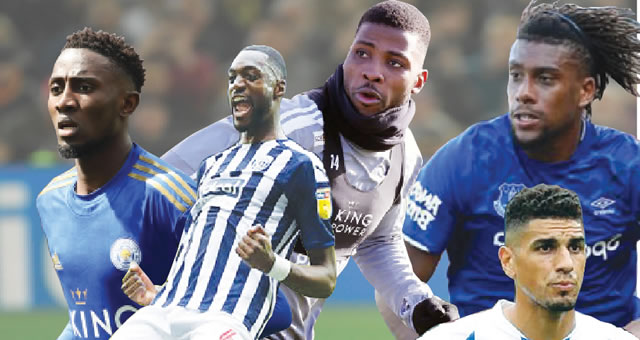 Top European club football resumes this weekend after nine days of international break, KELVIN EKERETE takes a look at some of Nigerian players to watch in Europe on Saturday (today)

Emmanuel Dennis will be hoping to put the disappointment of Nigeria missing the World Cup behind him and lace his scoring boots when Watford pay a visit to title chasing Liverpool at the Anfield Stadium on Saturday (today).

The Nigeria international who has found the back of the net nine times this season will be hoping to get his 10th of the campaign when they face the Reds.

A win for Liverpool will see them leapfrog champions Manchester City for some hours but the Hornets will be hoping to spoil Liverpool’s party as they are also hoping to avoid the drop at the end of the season.

Dennis will also be hoping to use the encounter to put an end to his five-match goals drought.

Kelechi Iheanacho will be targeting his second Premier League goal against Manchester United as Leicester City visit the Old Trafford on Saturday (today).

Iheanacho in the first leg provided an assist in the Foxes 4-2 win in the first leg of the season at the King Power Stadium. The Nigeria international has not been at his best this season scoring just two goals in 19 appearances this season with his last league goal coming on December 26 against his former side Manchester City in a 6-3 loss.

The 25-year-old will be hoping to lead his side to victory against the Red Devils as they hope to continue their push for an European spot finish.

With two league goals and one assist in his last three games for Feyenoord, Nigeria international Cyriel Dessers is beginning to feel more at home with the Dutch side and he could continue his impressive form against William II.

Dessers who joined the Dutch side on loan from Belgian giants Club Brugge in the summer has scored six league goals in 21 appearances.

Feyenoord are currently third in the Dutch League behind Ajax Amsterdam and PSV Eindhoven.

Samuel Chukwueze is set to make his 20th league appearance of the season when they welcome Levante to the Estadio de la Cerámica for a LaLiga clash on Saturday.

Chukwueze’s statistics this season has not been very impressive, something he will be hoping to change really soon.

It is unknown If he has recovered fully from the knock he suffered in the first leg of Nigeria’s goalless draw against Ghana at the Baba Yara Stadium in Kumasi last month.

The 22-year-old has scored two goals while providing two assists in 19 league games this term.