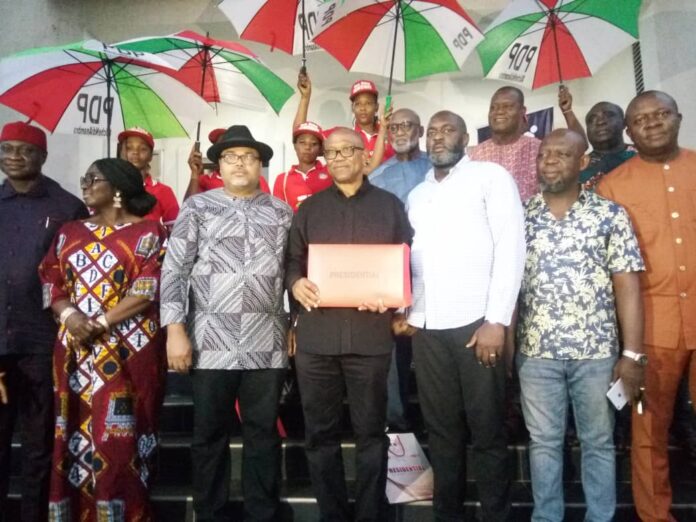 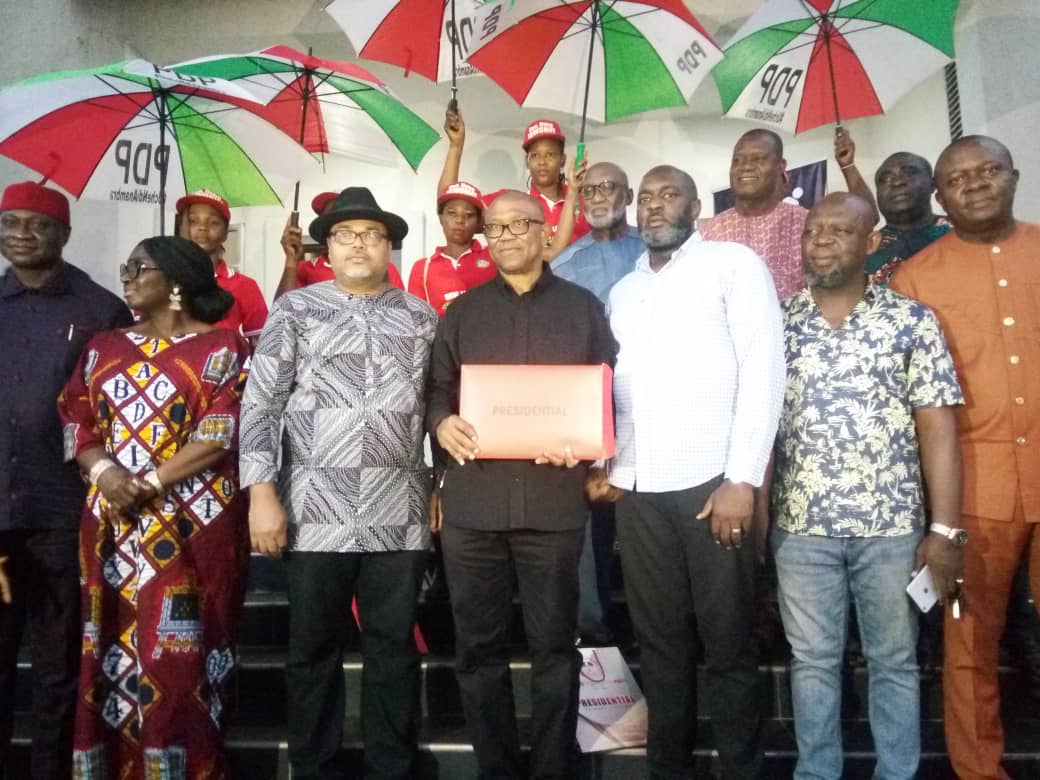 A group known as Young Professionals has presented a presidential nomination/expression of interest form to a Peoples Democratic Party aspirant, Peter Obi.

Speaking during the presentation of the form to Obi at his Onitsha residence late Friday, the group, led by its National Convener, Mr. Daniel Ruben, from Warri, Delta State, said they studied very closely the pedigree of the former Anambra State governor and found out that he met the right criteria of someone who can lead the country out of its present situation.

Ruben said the group constituted an umbrella body of all registered professional bodies in Nigeria, such as medical doctors, engineers, entertainment practitioners, legal practitioners, media, among others.

He added that the group arrived at its decision based on the Obi’s huge experience in administration, management of economy and politics to support his aspiration.

“Competence capability, credibility, acceptability both locally and internationally, experience in administration, management of economy and politics, were some of the attributes seen in Mr. Obi that motivated us to support him,” Ruben added.

While thanking the group for the support, Obi assured them of his commitment to the future of the Nigerian youths by turning around the country for good and free of the trending security challenges.

He expressed confident that he would be in a position to clinch the presidential ticket of the PDP in a free and fair primary, if the option of consensus arrangement did not come in place.

The former governor said a new Nigeria is possible because he has the criteria as one of the world’s economy and social-political leader to address the present harsh conditions confronting the country.

“Ever since Alex Ekwueme, no person like me from the South-East under the PDP has aspired the position again. My first outing in 2019 was a running mate to Alhaji Atiku Abubakar. So I urged the party leadership to put this into consideration and make me its consensus candidate for the February 18, 2023 Presidential election,” Obi added.