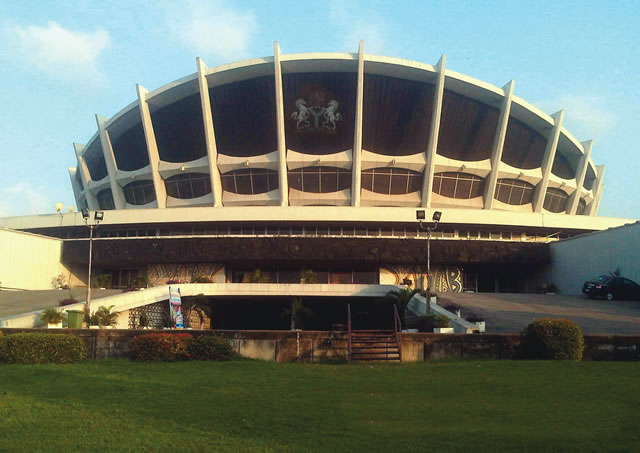 The Governor, Central Bank of Nigeria, Godwin Emefiele, has said the Federal Government will commission the renovated National Arts Theatre in November.

Emefiele spoke during an inspection tour of the site by stakeholders in the banking industry, and executives of federal and state governments in Iganmu, Lagos State, on Saturday.

He also said the project which had been estimated to cost the banking sector about $100m was also attracting foreign investors.

The CBN Governor said, “Our target is that by the special grace of God, Mr President will commission the new National Arts Theatre by November.

“And we are hoping also that the day he commissions the new National Arts Theatre, he is also going to lay the foundation for the four verticals; the music, the movie, the IT as well as the fashion hubs and all that.”

Emefiele added, “I am happy that foreign investors are already showing interest and I want to place it on record that we have received enquiries even from the United States, from investors who have said that they are interested in taking a look at not just the National Arts Theatre, but also the creative opportunities that we are developing around here.

“I must say that this is exciting for us at the Bankers’ Committee and also at the Central Bank of Nigeria.”