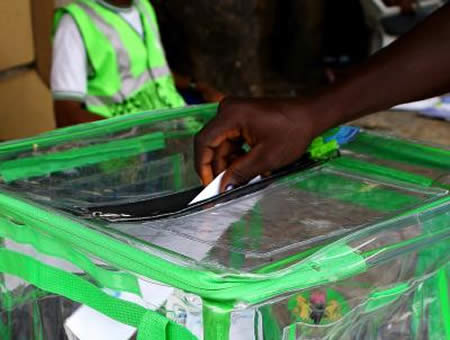 A human rights organisation under the aegis of Mediation Training Institute on Saturday called on Nigerians to check the mental state of candidates contesting various political positions in the 2023 elections.

The organisation said such move would ensure that Nigerians vote for only those who would be ready to serve with empathy and compassion for the people.

The President of MTI, Ambassador Ogunyannwo, made the suggestion during a press conference in commemoration of the declaration of April 2 as the “International Day of Appreciation.”

He lamented that politicians seek office to amass wealth for themselves and their children while leaving the masses in debt through poor leadership of their states.

Ogunyannwo who is a global accredited mediator called on Nigerians to love themselves by building a system that would interrogate the capacities of these aspirants ahead of 2023, such that only persons with track record of good leadership would be elected at the various elective positions to build Nigeria.

“Part of what I expect to be done to our leaders is to screen them properly even their mental state. Some of them are not normal, you see the way they behave, you wonder if they are normal, that person you are seeing today as stranger is your unknown cousin, you are yet to have met.

“In a country where you have over 250 ethnic groups you must be sensitive to those differences among us by appreciating, and asking what if and am in the other person’s shoes.

“Anybody going into any elective position, let there be a form they fill, to track some of these things that make them become effective leaders.

“Part of what they may also need to track is if they had training in managing differences in building and sustaining because they cannot give what they do not have.

“Another thing is to let them go in to serve. The way they are behaving does not show that they want to serve.

“If it is at the governorship level, it is just four years. Because all of them are not going there to serve but to amass wealth for themselves and their children. That is why you see that struggle.

“If you are going to serve people, why should it be a do-or-die affair? Even when they are there, they have a thinking deficiency. A governor has free access to a lot of things, those who are around him, the populace, he does not pay their salary, how much is the salary.

“Yet, you see them doing things that make you wonder, how can governor, and leaves there with much such that some people in some states would discover that they are already enslaved. Governors who have a thinking deficiency have left their states to become burdened with debt, as a nation, we are at that level too.”