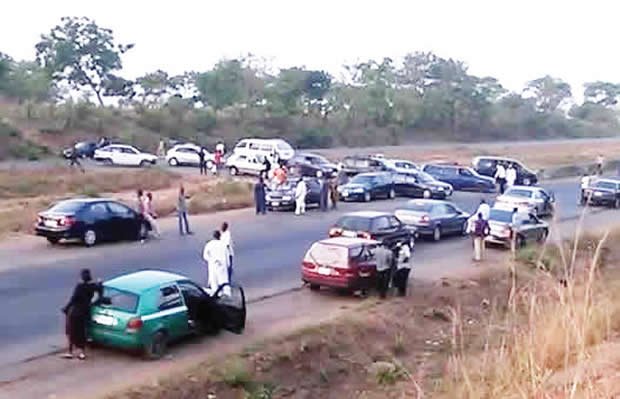 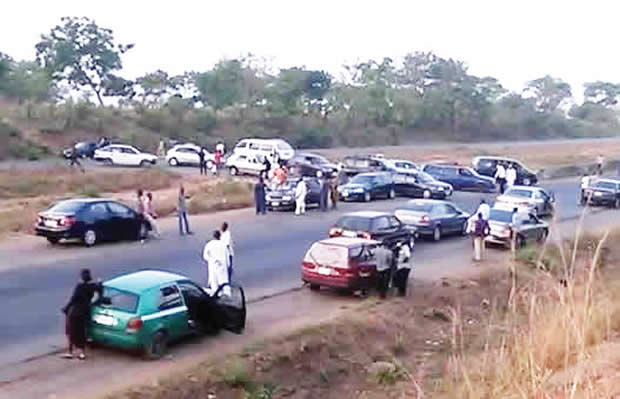 Travellers along the Kaduna-Abuja highway were stranded on Saturday following a protest by trailer drivers over alleged harassment by a soldier.

It was gathered that the trailer drivers blocked the Sabon Gaya area, causing gridlock on the expressway.

The Kaduna Sector Command of the Federal Road Safety Corps confirmed the incident, saying its operatives were working to ensure the road was free for motorists.

The Sector Commander, Hafiz Mohammed, advised travellers heading for Kaduna from Abuja still in the Federal Capital Territory as of the time of filing this report, to avoid the road considering the implication of travelling at night.

Mohammed added that he had called on the state branch chairman of the National Union of Road Transport Workers of Nigeria to beg its members to remove their vehicles from the road for other motorists to ply the road.

“The road is blocked, and you know most people in this country are lawless; so we are here trying to clear the road which may take time,” he said.

The tweet read, “trailer drivers blocked Kaduna-Abuja highway now. Many are stranded for whatever reason they did that the issue should be resolved knowing security implications of gathering such number of people in one place.”