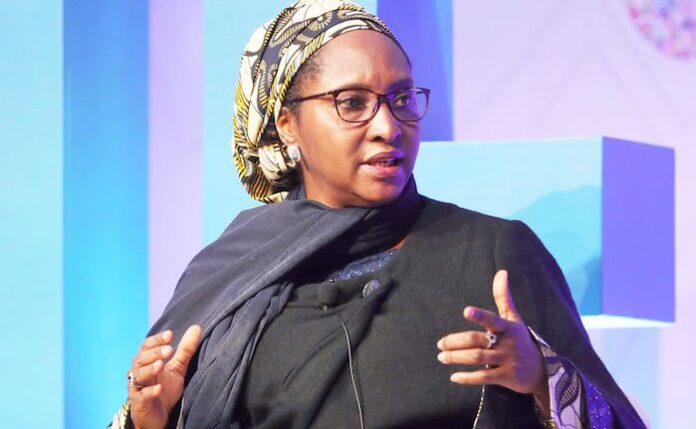 The Minister of Finance, Budget and National Planning, Mrs Zainab Ahmed, said on Saturday that N157bn had so far been spent on the construction of the second Niger Bridge.

Speaking at the site after a joint inspection with the Managing Director of the Nigeria Sovereign Investment Authority, Uche Orji, the Deputy Governor of Anambra State, Gilbert Ibezim, and other top government officials, the minister said the project was dear to the President as it would be of great benefit to the people of the South-East and other parts of the country.

She applauded Julius Berger for its innovations in executing the project and for engaging women in the project.

Ahmed stated, “Today is a very significant day in the construction circle of the second Niger Bridge, this is one of the most iconic projects in the country, costed at an initial contract sum of N205bn.

“Today, we have been able to fund this project with N157bn and I’m here to see where all this money is going. Also, the significance of today is that the two ends of the bridge are being put together and this is the final phase of the work in truly completing the project.

“So, technically I can report to Mr President that I have seen where all the N157bn has gone. This is a project that is very dear to the President and it is designed to uplift the lives and livelihood of the people of the South-East and other parts of the country. We do hope that when this project comes on stream, it will ease traffic, enhance commercial activities and improve the lives of the people of the state.

“Also, I am happy to see ladies, and not all men, at the construction site. Julius Berger has brought some very unique innovations in the construction of this project and I want to on behalf of the government and people of Nigeria applaud the skills of the construction workers that have been working on this site.”

She said the project created about 20,000 jobs at the construction site.

The NSIA MD said the project was one of the three projects being funded from the Presidential Infrastructure Development Fund. The two other projects are the Abuja-Kaduna-Kano Road and the Lagos-Ibadan Expressway.

Orji said, “The PIDF is a special fund set up by President Muhammadu Buhari and managed by the NSIA. The NSIA brought some of its own capital, the capital provided by the Federal Government and the capital from the Sani Abacha loot that was returned.

“The NSIA is an investment institution owned by all the states, the federal and local governments and other shareholders of the NSIA. Other people that would invest in the project would come under the NSIA coordination.”

Asked if the Federal Government had compensated those whose land was affected by the project, he said the compensation was ongoing and that significant sums had been paid already. Assessment is still being done for compensation but I can assure you that the directive we have from the President, the minister and our board is that adequate compensation is paid to everyone who is affected.

He expressed optimism that the project would be completed on schedule. “April 2 is a day we should remember because after this, in a few hours, people can drive through it. That marks the completion of the civil works; it remains the finishing touches,” he added.

The deputy governor said he was excited about the work done so far as he called on the Federal Government to keep to the scheduled completion date.

The Minister of Works and Housing, Mr Babatunde Fashola, said a few weeks ago that the project was 91 per cent completed and it would be inaugurated in October.