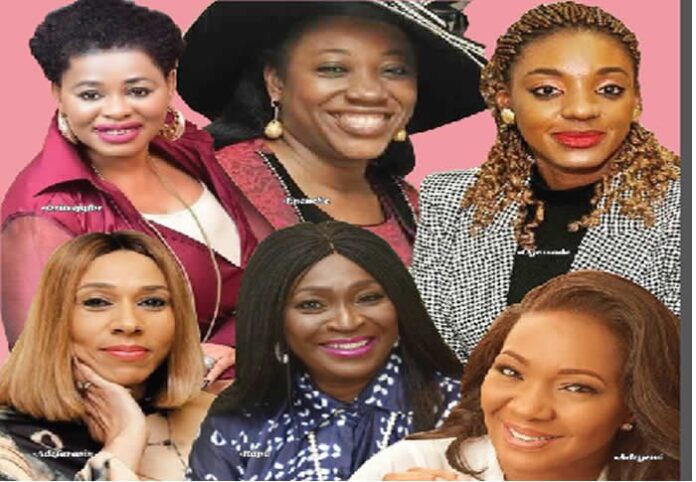 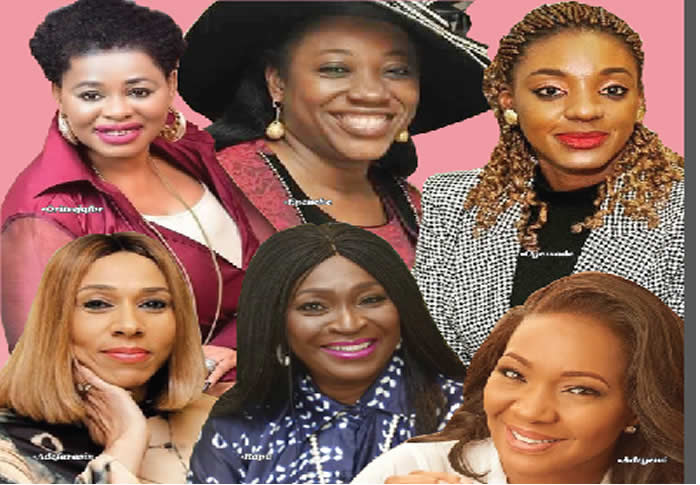 Most of the top churches in Nigeria are headed by men. Spirit-filled, yet stylish; these men are not doing badly in the fashion department. Their wives are also not to be found wanting. We take a look at some of the beautiful and stylish ‘first ladies’ of some of the most popular churches in the country

Ifeanyi is the wife of Pastor Paul Adefarasin, the head pastor of House on the Rock Church, Lagos.

Regarded as a committed leader, she is compassionate, driven and unapologetic about her desire to empower and impact lives, one person at a time.

She describes herself as ‘a woman formed by a wide spectrum of values that include integrity, compassion, sacrifice, discipline and empathy’.

Born on September 16, 1972, to a Nigerian father, Professor Victor Mordi, and a German mother, Gisa Mordi; she is the fifth of seven children. She is a graduate of the University of Lagos.

Adefarasin is the founder of Woman2Woman Ministry, an empowerment initiative for women across various economic levels. It initiates and drives social impact through donations, prison outreaches, orphanage outreaches and more. Founded in 1995 as the Sisters Fellowship, it morphed into the Woman2Woman Ministry in 1998.

Since 1994 when House on the Rock was founded, she has offered unflinching support to her husband.

For over 20 years, she and her husband have dedicated their lives to building an organisation that is committed to bequeathing a better nation to future generations.

Ifeanyi’s messages have been described as ‘edifying and encouraging individuals to live a purposeful life and achieve their dreams’.

When it comes to style, this particular pastor’s wife cannot be shoved aside. She is an epitome of beauty and class. Effortlessly glamorous, she only uses light make-up, which brightens her already beautiful look.

Her union to her husband is blessed with three children.

Dr Becky Enenche is the wife of Dr Paul Enenche, the senior pastor of Dunamis International Gospel Centre, Abuja. She was born on October 23, 1970, and is a native of Ikachi, Oju Local Government, Benue State. She is a medical doctor turned preacher who has been supportive of her husband’s ministry for decades.

Her lifestyle of service and humility exemplifies her passion to help others. She is a teacher and speaker who shows God’s love to others.

She holds significant positions in the organisations owned by the church. They include Director, Destiny Academy and Destiny College— the schools owned by the church. She is also the proprietress of Dunamis International School, a Christian School that raises children in the fear and wisdom of God.

Similarly, she is the director of administration, Dunamis International Gospel Centre, Abuja.

Becky is also a music minister and has ministered several songs with her husband and children. She has a heart for young people and is currently a mentor to many young women.

Also, she supports her husband in ministry and in raising Godly children.

She is the author of several impactful books including The Alabaster Box, Protocol of the Ark, 10 Success Strategies for Relationships, and In-laws, In-loves and Outlaws, Are You Bitter?

Her style of dressing is modest, and she wears both traditional and western attire. She is also often sported in her hat which has become an indelible of her fashion statement.

Their marriage is blessed with four children.

She is a minister, life coach and the president of Real Woman International. Born on April 11, 1967, she holds a Bachelor and Master’s degrees in Architecture from the University of Ife (now Obafemi Awolowo University).

She is passionate about her faith and social justice. According to her, her mission is to liberate, heal, raise and release souls. She is the founder of The Real Woman Foundation, a non-profit organisation with a mission dedicated to healing and empowering women and children.

Through seminars, vocational skills training, rehabilitation programmes, women’s shelters and orphanages, she has touched the lives of several abused women. By virtue of her platforms, many have gone from the streets to having college education and owning businesses, while many rescued babies now have hopes of a brighter future.

She is the host of ‘Real Woman with Nike Adeyemi’, an interactive forum which airs weekly on various TV stations in Nigeria, South Africa, United Kingdom, United States of America and other countries with discussions on various issues.

She is also the Chief Executive Officer and principal consultant of Gabriel and Princess Limited.

She is the author of The Real Woman, Building a Successful Home, Woman: An Asset to the Nation, and Great Parenting.

For over 25 years, she has deployed her leadership and administrative skills to raise leaders and role models at Daystar Christian Centre.

Blessed with a bright smile that radiates happiness, her carriage has endeared her to many.

Her marriage to Pastor Sam is blessed with three children.

She is a recipient of the PSR Woman Empowerment Award, the Woman of Merit Award, and Award of Excellence for her relentless efforts in serving humanity and making the lives of many better.

Toyin is the wife of Pastor Poju Oyemade, the senior pastor of The Covenant Nation, Iganmu, Lagos. The 37-year-old media practitioner is the last child of six children, and is an alumnus of Chrisland Primary School, and Federal Government Girls College, Oyo.

She studied Mass Communication at the University of Lagos.

Oyemade is the founder of StoryTeller Media Productions and producer of the talk show, Moments with Mo. She was the festival manager, iREP International Documentary Film Festival, Lagos, from January 2011 to January 2015. She was also the producer and operations manager of Ndani TV from May 2012 to May 2013.

In an interview with City People Magazine in August 2020, she stated that she wanted to be a newscaster. She stated that it was failure in an exam that led her to Jesus.

She also mentioned that her first official job was with Mo’Abudu’s Moment With Mo.

She got married to Poju in 2015 at a ceremony officiated by Bishop David Oyedepo.

Helen is the wife of Pastor Ayo Oritsejafor, the head pastor of Word of Life Bible Church. She is a philanthropist, speaker and author who sits as the chairman of various organisations owned by the church.

She was born in Ekiti State, and got married to Ayo after he lost his first wife, Stella, to diabetes in March 1996.

Helen has been a blessing to the church and has equally supported her husband in diverse ways. She has empowered many persons in various capacities.

She is an epitome of beauty, whose lifestyle bespeaks virtues such as integrity, selfless service, generosity, wisdom, courage, resourcefulness and devotion to God.

She has a Bachelor’s degree in Mass Communication and a Master’s in Business Administration in Marketing from the University of Liverpool, England.

She runs a non-governmental organisation called, A Hand to the Needy Foundation, which helps individuals in need of financial aid.

In March 2020, she bagged an honourary doctorate degree of divinity from Trinity International University of Ambassadors. In the same month, she received the United Nations Global Award. Earlier in February 2020, she had received the African Female Impact Leadership award.

She is the Chairman of Eagle Flight Micro Finance Bank. She is also the chairman of African Broadcasting Network, ‘a satellite Christian television station with a difference, strategically positioned to serve as a strong voice for the gospel of Christ from Africa to the world’. She is also the chairman of Eagle Bureau de Change Limited, Eagle Health Clinic, Eagle Heights International Schools, Eagle Nest Guest House, Eagle Strength Bookshop, Eagles Wings Secured Insurance Brokerage Limited, and Eagles Fitness Centre.

Her union is blessed with three children.

Nkoyo is the wife of Dr Tony Rapu, the senior pastor of Waterbrook Church, Lekki, Lagos. She is a lawyer, pastor and author who has always offered staunch support her husband.

She is a graduate of the University of Lagos and The City of London Polytechnic, where she bagged a Diploma in English private law.

She sits on the board of Freedom Foundation and the House of Freedom, an evangelical movement made up of distinct churches such as This Present House, the Waterbrook Church and the Holy Trinity Church.

Rapu is also an integral part of Springfield International School. She is an executive member of the Justice POE Bassey Foundation established to promote the advancement of legal studies and education in honour of her late father who was the first indigenous judge of the then southeastern region in 1968.

She has a passion for education and a desire to support the underprivileged. In 2001, she founded the Bethesda Child Support Agency, which provides free education.

She got married to Tony in 1987 and their union is blessed with three children.