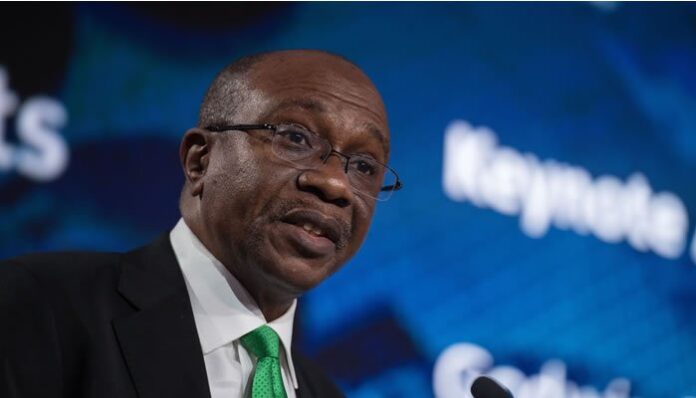 The Central Bank of Nigeria has expressed concern over the increasing amount of mutilated banknotes deposited with the apex bank by Deposit Money Banks.

To this end, the CBN has warned banks to stop including composed currency notes in their deposits or risk paying a penalty of 400 per cent of the value of the banknote.

The parts of such currency notes are usually put together with the intention of receiving value.

The CBN gave the warning in a circular titled, ‘Treatment of Composed Banknotes’, issued to all deposit money banks on March 31, and signed by its Director, Currency Operations Department, Ahmed Umar.

Umar said that the existence of such banknotes in the economy falsifies the true value of the currency in circulation and could also be an avenue for fraudulent activities.

He added that the directive took effect from April 1.

The circular read in part, “The management of the CBN observed with concern the increasing number of composed banknotes deposited by DMBs and request for replacement of such banknotes by members of the public.

“The existence of composed banknotes in the economy falsifies the true value of the currency in circulation, and can also be an avenue for fraudulent activities.

“Consequently, any composed banknote discovered in the deposit of DMBs shall attract a penalty of 400 per cent of the value.

In April 2019, the CBN introduced the Clean Note Policy to put an end to the regime of mutilated naira notes.

In a circular containing the policy, the CBN defined mutilated notes as a poor quality banknote that requires a special examination to determine their value.

The note could be partially or permanently damaged by fire, water, dye, insects, rodents or destroyed by natural disasters, the apex bank added.

The circular directed banks and cash processing companies making deposits at the apex bank to classify or sort their cash deposits into fit and unfit notes.

According to the circular, failure to do so will attract a penal charge of N12,000 per box, or an amount determined by the CBN.

It however noted that the CBN and the DMBs would continue to receive mutilated notes from the public.

But with the new directive by the apex bank, it is now unclear if banks will continue to accept mutilated naira notes.