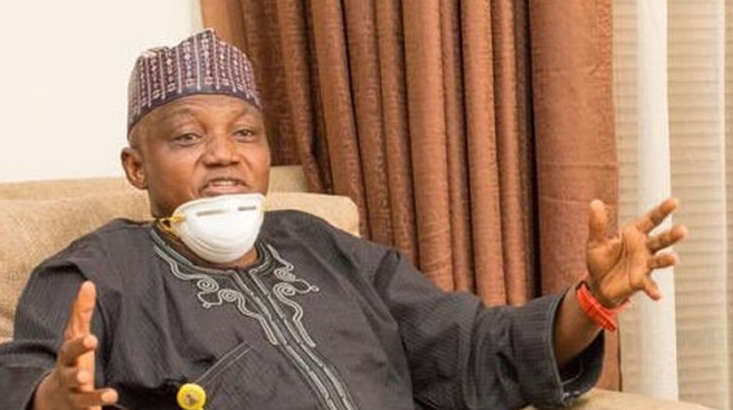 The Presidency on Sunday in Abuja has faulted the Peoples Democratic Party Governors Forum for declaring the All Progressives Congress unfit to participate in the 2023 general elections.

It also accused the governors of playing politics of division and hate; saying that the country profits nothing from the PDP’s “gimmick.”

The Presidency’s position was contained in a statement by the Senior Special Assistant to the President on Media and Publicity, Garba Shehu.

The PDP governors had recently advised Nigerians to reject the APC if it dares to participate in the 2023 elections, saying “It is impossible for a party so disorganised to offer good governance to the people of Nigeria.”

But the Presidency, in a statement titled ‘Issues from the PDP fantasy communiqué from Umuahia,’ accused the main opposition party of allegedly trying to “cover up the serial and criminal failures of its long and damaging period in office, which the Muhammadu Buhari regime and the All Progressives Congress have strived these past seven years to repair.”

Reminiscing the PDP years, it said “We cannot forget under the PDP, the nation had an army full of phantom soldiers whose pay went to PDP politicians’ pockets while our under-resourced real soldiers died in the fight against terrorist insurgents and our international allies refused to supply Nigeria kit and military aid.

“We cannot ignore how the PDP politicians sought—and continue to seek—to inflame ethnic and religious tensions by refusing to even proffer a solution to the herder-farmer clashes which became most prevalent under their misrule.

“We will always remember how the PDP politicians intentionally encouraged and exploited the black market in currency exchange to convert ill-gotten gains to foreign currency and undermine our national currency, then spirited their funds abroad in their billions and into foreign bank accounts.”

The Presidency argued that the Army, under the APC, is well resourced with fighter jets and other armaments; Boko Haram is being driven from every inch of Nigerian territory, and ISWAP’s leader was eliminated in a Nigerian airstrike.

It added, “Today with the APC in government, there are ranches on Federal land and in state land where there is the willingness to establish them. Clashes are reduced. Lives are saved, and livelihoods are enriched.

“Today with the APC we support our national currency; we have achieved self-sufficiency in rice and fertilizer production; we refuse to allow greedy politicians and businessmen to hide their money overseas, and instead build an economy here in Nigeria for all.”

It further accused the main opposition party of “raiding the NNPC,” consistently failing to pay into the Federation Account and, “in the last year of the PDP misrule, $20bn was simply found ‘missing.’”

The Presidency noted that with the APC, funds from NNPC are directly and transparently used to fund social and health programmes—such as COVID-19 response, construction of roads, bridges and rail, and equipping of hospitals to cope with new and existing challenges.

It knocked the governors who signed the communiqué saying “Who would trust such people with the running of our country? Who can believe a word these people say, as they looked outwardly stylish but harrowed by power-sharing and other troubles inwardly?

“These people, who play politics of division and hate, create communal disturbances, need to change. Check the facts and leave the politics: What does the country get with this kind of gimmick?”