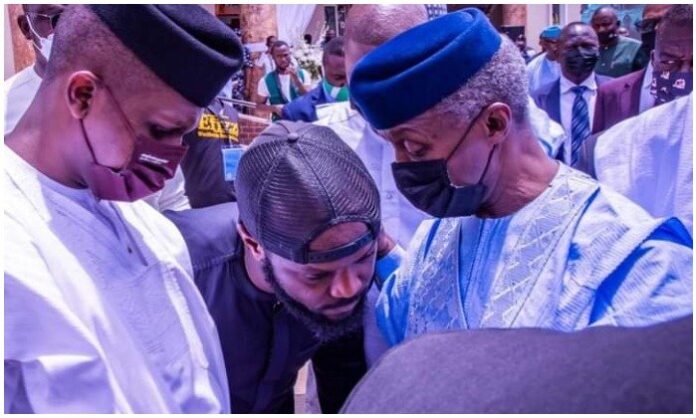 Seyi, son of All Progressives Congress National Leader, Bola Tinubu, chatted freely with some of his father’s political rivals on Sunday at the 90th Birthday Service and Thanksgiving in honour of Lady Christine Otedola, mother of billionaire business mogul, Femi Otedola.

The event which was held at St. Peter’s Catholic Church in the Epe area of Lagos had many big names in attendance including serving governors, ex-governors, business leaders, traditional rulers, amongst others.

Though his father and 2023 presidential hopeful was conspicuously absent at the event, his son (Femi) and Chairman of Loatsad Promomedia was seen networking with the leaders from various political parties and walks of life.

Lady Doja was the First Lady of Lagos State, between 1992 and 1993, who continued to serve the good people of Epe, and indeed Lagos.