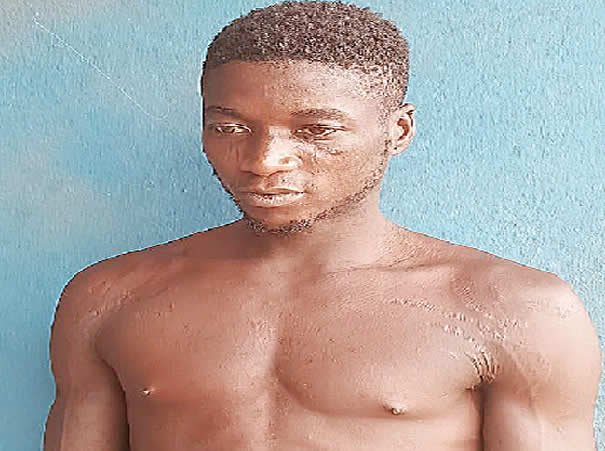 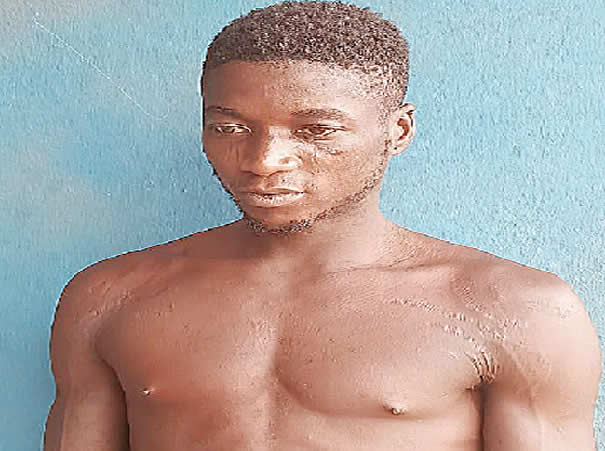 The Ogun State Police Command on Saturday said it arrested a 27-year-man, Sikiru Ibrahim, who hacked his father to death for waking him up from his sleep.

It was learnt that trouble started when the deceased, Mumuni Ibrahim, a guard, returned from his work on Wednesday morning and met his son sleeping.

The late Ibrahim was said to have woken his son up and questioned him on why he was still in bed at the time of the day.

Angered by his father’s action, Sikiru, suspected to be a cultist, was said to have attacked him with a cutlass.

Ibrahim was said to have died on Thursday from the injuries he sustained in the attack while receiving treatment at a general hospital.

The Police Public Relations Officer in the state, DSP Abimbola Oyeyemi, said the suspect was arrested following a complaint lodged at the Onipanu Divisional Headquarters by one Abiodun Sunday, identified as a neighbour to the deceased.

“The neighbour reported that the deceased, Mumuni Ibrahim, a guard, returned home and met his son who was still sleeping, and when he asked him why he was still sleeping at that time of the day, the suspect got annoyed and brought out a cutlass with which he attacked the victim.

“Upon the report, the DPO Onipanu Division, CSP Bamidele Job quickly mobilised his men and moved to the scene where the suspect was arrested and the victim rushed to a general hospital for treatment. The suspect, who is strongly suspected to be a cultist, has no reasonable explanation for his action when interrogated,” Oyeyemi added.

The PPRO, however, said the Commissioner of Police, Lanre Bankole, had ordered the immediate transfer of the suspect to the homicide section of the State Criminal Investigation and Intelligence Department for further investigation and prosecution.