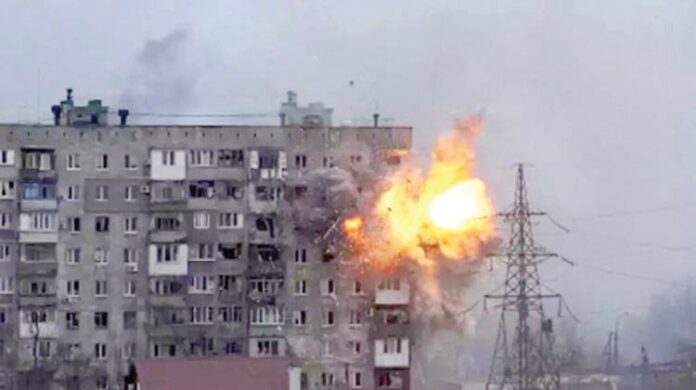 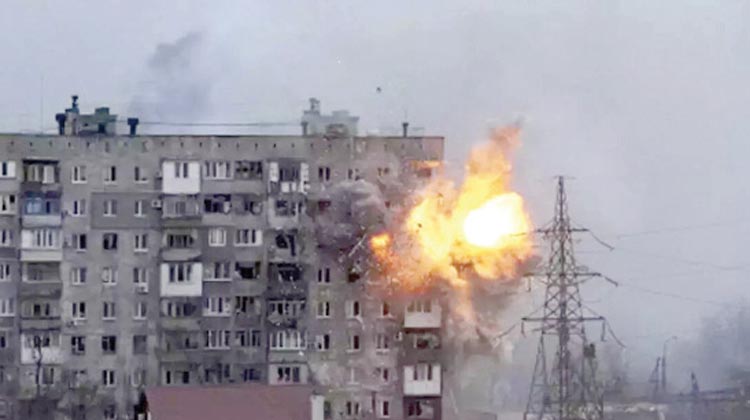 THE war in Ukraine is a threat to international peace and security. It is instructive that before the ongoing war in Ukraine due to the invasion by Russia there were wars that had led to the loss of lives in other parts of the world. But it did not get the kind of attention that we are looking at in Ukraine.

The North Atlantic Treaty Organisation is trying to prevent World III. This is because it is definitely going to lead to a nuclear war. This is the time for Russia, NATO and the United Nations to end the war in Ukraine.

Nuclear weapons produce enormous explosive energy. Their significance may best be appreciated by the coining of the words kiloton (1,000 tons) and megaton (1,000,000 tons) to describe their blast energy in equivalent weights to the conventional chemical explosive TNT. For example, the atomic bomb dropped on Hiroshima, Japan, in 1945, containing only about 64 kg (140 pounds) of highly enriched uranium, released energy equaling about 15 kilotons of chemical explosive.

That blast immediately produced a strong shock wave, enormous amounts of heat, and lethal ionising radiation. Convection currents created by the explosion drew dust and other debris into the air, creating the mushroom-shaped cloud that has since become the virtual signature of a nuclear explosion.

In addition, radioactive debris was carried by winds high into the atmosphere, later settling on Earth as radioactive fallout. The enormous toll in destruction, death, injury, and sickness produced by the explosions at Hiroshima and, three days later, at Nagasaki was on a scale never before produced by any single weapon. In the decades since 1945, even as many countries have developed nuclear weapons of far greater strength than those used against the Japanese cities, concerns about the dreadful effects of such weapons have driven governments to negotiate arms control agreements such as the Nuclear-Test-Ban Treaty of 1963 and the Treaty on the Non-proliferation of Nuclear Weapons of 1968.

Among military strategists and planners, the very presence of these weapons of unparalleled destructive power has created a distinct discipline, with its own internal logic and set of doctrines, known as nuclear strategy.

By far the greatest force driving the development of nuclear weapons after World War II (though not by any means the only force) was the Cold War confrontation that pitted the United States and its allies against the Soviet Union and its satellite states. During this period, which lasted roughly from 1945 to 1991, the American stockpile of nuclear weapons reached its peak in 1966, with more than 32,000 warheads of 30 different types. During the 1990s, following the dissolution of the Soviet Union and the end of the Cold War, many types of tactical and strategic weapons were retired and dismantled to comply with arms control negotiations, such as the Strategic Arms Reduction Talks, or as unilateral initiatives. By 2010 the United States had approximately 9,400 warheads of nine types, including two types of bombs, three types intercontinental ballistic missiles, two types for submarine-launched ballistic missiles, and two types for cruise missiles. Some types existed in several modifications.

The Soviet nuclear stockpile reached its peak of about 33,000 operational warheads in 1988, with an additional 10,000 previously deployed warheads that had been retired but had not been taken apart. After the disintegration of the Soviet Union, Russia accelerated its warhead dismantlement program, but the status of many of the 12,000 warheads estimated to remain in its stockpile was unclear.

During The First Gulf War, of all the policy successes during this era, the Department of State and President George Bush of the United States are most clearly associated with the successful effort to roll back the Iraqi invasion of Kuwait.

When Saddam Hussein invaded his small, oil-rich neighbour in the summer of 1990, the US Department of State faced its first full-scale post-Cold War international crisis. Bush’s foreign policy team forged an unprecedented international coalition consisting of the NATO allies and the Middle Eastern countries of Saudi Arabia, Syria, and Egypt to oppose Iraqi aggression. Although Russia did not commit troops, it joined the United States in condemning Iraq, its long-time client state. The Department of State orchestrated the diplomacy for this grand coalition’s effective air campaign in January 1991, which was followed by “Operation Desert Storm,” a 100-hour land war, which expelled Iraqi forces from Kuwait.

Terrorists Strike the United States on September 11, 2001 Al-Qaeda operatives hijack four commercial airliners, crashing them into the World Trade Center in New York and the Pentagon in Washington, DC. A fourth plane crashes in a field in Shanksville, Pennsylvania. Close to three thousand people die in the attacks. Although Afghanistan is the base for al-Qaeda, none of the nineteen hijackers are Afghan nationals. Mohammed Atta, an Egyptian, led the group, and fifteen of the hijackers originated from Saudi Arabia. President George W. Bush vows to “win the war against terrorism,” and later zeros in on al-Qaeda and Osama bin Laden in Afghanistan. Bush eventually calls on the Taliban regime to “deliver to the United States authorities all the leaders of al-Qaeda who hide in your land,” or share in their fate.

The Taliban surged back to power two decades after U.S.-led forces toppled its regime in what led to the United States’ longest war in Afghanistan 1999 – 2021.

The UN Security Council adopts Resolution 1267, creating the so-called al-Qaeda and Taliban Sanctions Committee, which links the two groups as terrorist entities and imposes sanctions on their funding, travel, and arms shipments. The UN move follows a period of ascendancy for al-Qaeda and its leader, Osama bin Laden, who guided the terror group from Afghanistan and Peshawar, Pakistan, in the late 1980s, to Sudan in 1991, and back to Afghanistan in the mid-1990s. The Taliban, which rose from the ashes of Afghanistan’s post-Soviet civil war, provides al-Qaeda sanctuary for operations.

Meanwhile, at the request of the Syrian government in September 2015, Russia began launching airstrikes against what it claimed were Islamic State targets, while Syrian government forces achieved several notable victories over the Islamic State, including the reclamation of Palmyra. According to the U.S.-led coalition against the Islamic State, 98 percent of the territory formerly held by the group in Iraq and Syria, including Raqqa and Deir al-Zour, has been reclaimed by Iraqi security forces and the SDF.

With Russian and Iranian support, the Syrian government has steadily regained control of territory from opposition forces, including the opposition’s stronghold in Aleppo in 2016. The regime has been accused of using chemical weapons numerous times over the course of the conflict, resulting in international condemnation in 2013, 2017, and 2018. Opposition forces have maintained limited control in Idlib, in northwestern Syria, and on the Iraq-Syria border.

According to estimates by the United Nations, more than 400,000 people have been killed in Syria since the start of the war.

For more than 70 years, the Israeli-Palestinian conflict has affected the Middle East landscape. A comprehensive diplomatic solution has defied international efforts, leaving publics disillusioned about the prospect of peace. Large-scale violence ebbs and flows, leaving communities insecure and enabling the conflict to persist as a rallying tool for extremist actors, thereby demanding continued U.S. and international attention.

The U.S. has sought to project lockstep unity with its 29 NATO allies ever since Russian President Vladimir Putin opened his assault on Ukraine last month, insisting that any aggression from Moscow that spills beyond Ukraine’s borders will be met with unanimous resolve.

But NATO and the U.S. now face a major test after Poland caught the Joe Biden administration off-guard with a proposal — immediately rejected by Washington — to make the U.S. the middleman in supplying Ukraine with Polish-owned MiG planes.

Poland proposed putting the planes under U.S. custody at a U.S. base in Germany for later transfer to Ukraine as the U.S. saw fit. The plan was a nonstarter for the Biden administration, which seeks to avoid becoming a direct or indirect combatant in Putin’s war.

The U.S. for days had tiptoed around the question of whether Warsaw should send fighter jets to Ukraine, calling it a decision for the Polish government to make, while floating the possibility that the U.S. could “backfill” the loss of planes in Poland’s fleet by providing it with U.S. aircraft.

Sending fighter planes to help repel Russia’s military has been a top request of Ukrainian President Volodymyr Zelenskyy, who has described it as the next-best option after the U.S. and NATO both rejected his calls to impose a no-fly zone over Ukraine.

Everything should be done to let parties see the need to end this war and other wars raging before now. Just as the U.S. Representative to the United Nations, Ambassador Linda Thomas-Greenfield put it in her remarks at a United Nations General Assembly Emergency Special Session on Ukraine recently: “If the United Nations has any purpose, it is to prevent war, it is to condemn war, to stop war. That is our job here today. It is the job you were sent here to do – not just by your capitals, but by all of humanity.” This is food for thought.

Oladimeji is a Lagos based essayist