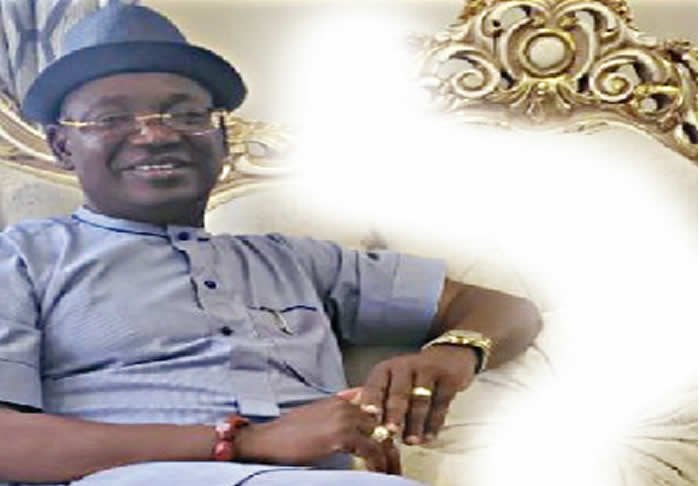 The Chairman, Lekki Estates Residents and Stakeholders’ Association, Mr Olorogun Emadoye, speaks to GODFREY GEORGE about the residents’ agitation for the scrapping of the Lekki tollgates

What association do you represent?

I am the Chairman of the Lekki Estates Residents and Stakeholders Association.  We are the umbrella body of all estate associations from 1004 to Epe.  We were the first association that wrote to the governor on behalf of everyone for the government to suspend the tolling. At the stakeholders’ meeting, we re-emphasised to the governor’s representative, the Commissioner for Information, what we wrote to them.

What are your demands?

Our demands are very clear. LERSA, as the umbrella body, is demanding a total scrapping of the idea of tolling the Lekki-Ikoyi Link Bridge. First, that road does not qualify for tolling because it is an ordinary road on which people commute to and from work, market, school, etc. We also noted that, globally, roads that are tolled are either highways or highway bypasses, not roads that one passes through at every point. For example, on Monday, I drove past the Ikoyi Link Bridge and someone, who was on the other end, called me on the phone that it was important we met. I had to turn back around Osborne Street. If I am to pay a toll, it means that just passing and then turning back almost immediately would attract N1,200 for the SUV I was driving within a period of just 20 minutes. So, this shows that the road does not qualify for tolling. We also said that the total distance of that road is 1.63km whereas Third Mainland Bridge is 11.8km. Why toll the Ikoyi Link Bridge and not the Third Mainland Bridge? Lagos State has even longer bridges and longer roads like Iyana-Ipaja, Pen Cinema, Ikorodu Road, and all others. Why is it that this road is the one that must be tolled? These are our concerns.

People are saying that your demand for an end to tolling on the roads is coming rather late because the roads had been tolled for about nine years before tolling was suspended in the wake of the #EndSARS crisis in 2020. How do you respond to that?

We know and understand that it was tolled before. We are also saying that if a road has been tolled for nine years, what is the total income that has been generated so that we can be transparent enough to know what has been paid and also have it at the back of our minds if it is true that this money was borrowed and would yield income in another two or three months’ time? We also feel that for those of us in Lagos who live in Lekki, we also pay taxes like the other people who live on the Mainland and in Ikorodu. Why is it that we are the ones that must bear the brunt of tolling? We know it was tolled before for almost nine years. Let them (the government) come clean to give us the situation report. We are an understanding people; we would understand them. They have not done that. Perhaps, if they do that, we can understand if they want to toll again for another five or six years.

Not only that. A road whose traffic is continuous is not a road to be tolled. Tolling adds another 20 minutes to our journey when we travel along that road. We also told the government that they must put the technology in place for them to be able to toll. They gave us an example of New York and New Jersey. In those places vehicles don’t stop to be tolled; you drive past with speed.

How much was the toll for vehicles  before tolling was suspended?

Before now, on the Ikoyi Link Bridge, it was N300 for SUVs and N250 for normal cars. On the other side, it used to be N200 or N250 or thereabouts; I really cannot remember. But we were already crying because of the traffic that the tolling is causing. If anybody could play back a clip from that time, it was serious. As of even last year, we had even written to the government when we heard they were planning to toll the Admiralty and Lekki-Epe Expressway, and we had warned them. You could be planning but there are things you must provide before thinking of tolling. In Lagos, you have trains budgeted for Badagry to Marina, a train from Otta to Marina and BRT (Bus Rapid Transit) on others. This area we are talking about does not have BRT lanes or railway or any other things. We don’t even have waterways.

Where does your engagement with the state government stand now?

We have received communication from them and they said they were looking into our complaints. That is what I would say. That is okay. We are here waiting for them to review (the policy). They said they want to do a test-run for two weeks. I do hope that between now and the two weeks, our governor will come to see reasons with us and meet us with a better proposal for what they want to do.

If your demands are not met, what will be your next line of action – sue government or take to the streets in protest?

As I told you, Lekki Estate Residents and Stakeholders Association is an umbrella body of all the different estate associations from 1004 to Epe. We are not #EndSARS protesters. I believe that there are a lot of people who are angry because of the #EndSARS problem. Their argument and their anger is genuine because they said the government should bring the White Paper out and implement it and all that, but I can tell you that our association does not work with protests. We engage and hope that at the end of the engagements, there will be a meaningful understanding between the parties concerned. Our intention is not to cause commotion or problems for the government. We want the government to understand the feelings of the people. Government should do what is right. We are even ready to support a meeting in discussing ways to make Lagos better. So, we are committed as citizens. We have passed those ages of protests. We are at the age of sitting down and reasoning with the government and coming out with what will make Lagos better at the end of the day.