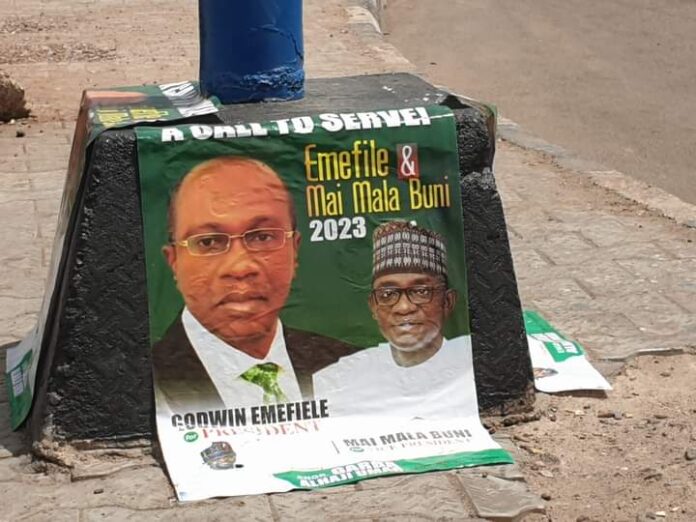 Presidential campaign posters of the incumbent Governor of the Central Bank of Nigeria (CBN) Godwin Emefiele have flooded Damaturu, the Yobe State capital.

DAILY POST observed on Monday that on the posters, it was boldly written ‘Godwin Emefiele as President with Governor Mai Mala Buni as Vice President’ and have already dotted strategic locations in the metropolis including the famous central roundabout which is located at the heart of the city.

It was also observed that similar campaigns posters of other presidential candidates such as Gov. Yahaya Bello of Kogi State and Gov. David Umahi of Ebonyi State have earlier been pasted around the state capital.

At the time of filing in this report, no group or individual has claimed responsibility of sponsoring the production and pasting of the posters in the state. 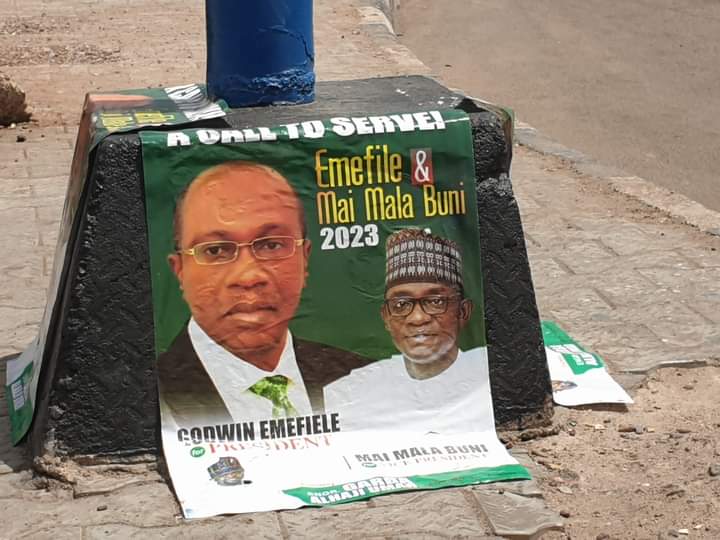