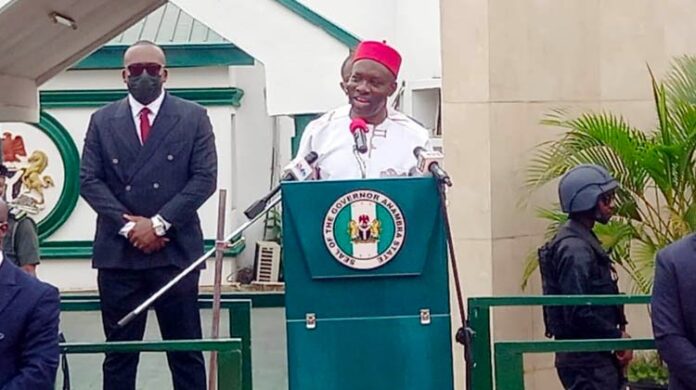 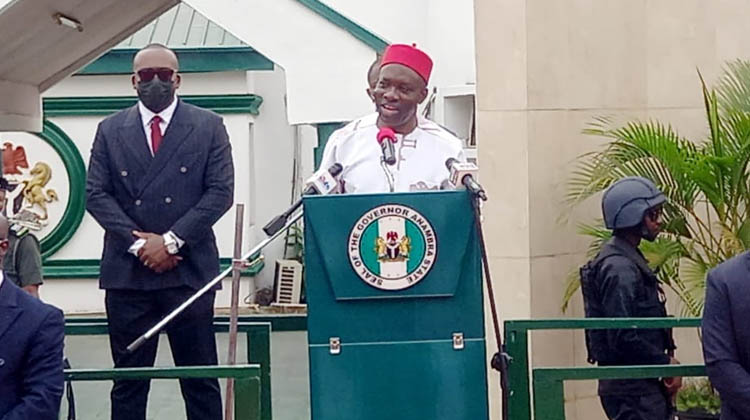 The All Progressives Grand Alliance has commended the Anambra State Governor, Prof. Chukwuma Soludo, over his efforts to end sit-at-home in the state.

The party described those distracting the governor as “cheap blackmailers” whose actions are “tantamount to pouring water on a stone”.

It also commended Soludo for remaining focused on actualising his mission in the state, saying “armchair critics cannot stop him from doing that”.

The National Coordinator of APGA Media Warriors Forum, Mr Chinedu Obigwe, said this while addressing journalists in Awka, on Monday.

“Even before emerging the governor of Anambra State, Soludo is one of the Igbo leaders that defends the interest of the Igbo people whenever there is a need to do that.

“His determination to end the senseless Monday sit-at-home is commendable. His blackmailers cannot be Overseas and be igniting a fire in Anambra State and Igbo land at large.

“The governor is ready to do anything to solve the insecurity problem in Anambra State. The main thing Soludo wants to achieve is for peace and sanity to return to the state. He is not doing this alone but with the support of all the stakeholders in the state.

“It is laughable for anyone to insinuate that Soludo is being used against the former governor.

“The both of them are safeguarding their relationship jealously and will not allow enemies of progress to strain it. The era of abroad-based agitators fanning the embers of discord in Anambra will not be condoned or tolerated by this administration.”