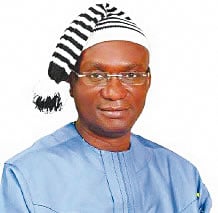 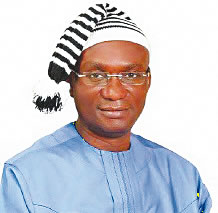 The Ikwuano/Umuahia concerned critical stakeholders have purchased the House of Representatives nomination form for the Speaker of Abia State House of Assembly, Chinedum Orji, to contest the 2023 National Assembly election.

The spokesman of the group, Emeka Inyama, said the group had considered the impact Orji has made as a legislator in the state Assembly and wants him to move higher for a bigger assignment.

Inyama insisted that it was improper to allow Orji to quit the law-making job despite the call by the youths for him to contest the governorship election because of his experience in the job.

He said, “We feel concerned that you should continue speaking for us notwithstanding the call by the youths for you to run for the governorship election which you are qualified to run. We have a different plan for you and we are appealing to you to accept this urge because of the good work you have been doing as a lawmaker.

“We are also aware of the stability you brought to the House of Assembly and the support you have given to Governor Okezie Ikpeazu.

“Therefore it’s our wish, view, and consideration that this chance will not pass us by, we have met, discussed, and agreed to call on you to run for the House of Representatives.

“In other climes, people who were speakers moved to the Senate, House of Representatives and others became ministers, we said it’s time for us to begin to promote our own because it’s not right to stop people at the prime of their political career.

“We believe that going to the House of Representatives will give you the platform to continue the good work you are doing, we know you will not forget the youth, women, and the elderly.

“You use your God-given talents to work for our people so that our constituency will be like others. People from other constituencies are feeling the impact of those representing them but are not feeling any.

“We believe that you have the capacity and leadership acumen to do it, and God will bless you. You’re still young and the future is even brighter”.

Responding Orji told the delegation to give him 48 hours to do proper consultation across the constituency including stakeholders, youths, and women before giving them an answer.

He added that his number one priority is for Abia State to remain united and peaceful while urging aggrieved politicians to sheathe their sword.