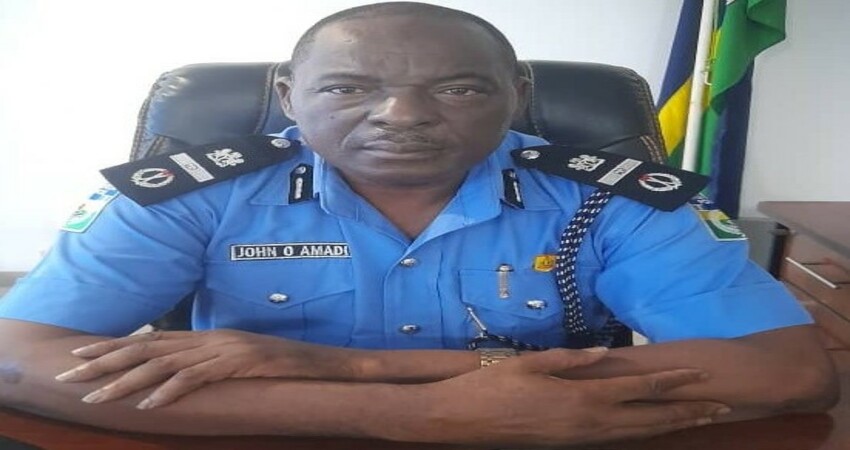 The IG equally ordered the posting of Mr Moronkeji Adesina as Commissioner of Police in charge of Ekiti State Police Command.

The redeployments are with immediate effect.

He has attended several professional courses both in Nigeria, and abroad, including the Advance Detective Course, Police Staff College, Jos, and the National Security Course, Police Academy, Cairo, Egypt.

Amadi, who is a member of the National Institute of Policy and Strategic Studies, has held many command positions, including as Commissioner of Police at the Railway Police Command, Western Ports Authority, Lagos, and Airport Command, Lagos; AIG in charge of Maritime, Lagos.

Until his recent posting, he was a Directing Staff at the NIPSS, Kuru, Jos.

The statement said, “Adesina, who takes over the duties and responsibilities of the office of Commissioner of Police, Ekiti State Police Command, holds a Bachelor of Arts Degree in Philosophy from the Ogun State University, now Olabisi Onabanjo University, Ogun State, and a Bachelor of Laws degree from the University of Calabar, Cross River State.

“He is a member of the International Association of Chiefs of Police Virginia, USA. Prior to his posting as CP Ekiti, he was the CP, General Investigations, Force Criminal Investigations Department, Abuja.”

The IG charged the senior officers to put in their best efforts in delivering quality policing services to the people.