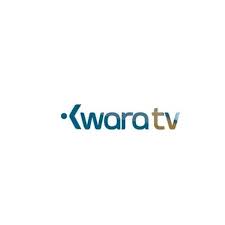 25-year old Kwara State Television will begin a 24-hour live broadcast from its broadcasting station in Ilorin, the state capital, on Monday, with local content.

The state Commissioner for Communication, Mr Olabode Towoju, who disclosed this to journalists in Ilorin on Saturday said, “This live transmission will also witness the commencement of local content that will align with the core values and culture of the good people of Kwara State.

“On the 1st of February, 2022, we were all excited to witness the switching on of the 24 hours live transmission of the KWTV for the first time in 25 years and we were very impressed with the quality of the picture production and sound quality.

“The transformation of the Kwara TV is an outcome of a critically thought-out process which started with the appointment of a thorough bred professional as the General Manager.

Kwara Television station was established in 1997 by the state government to propagate the activities of government and the people of the state.

Towoju said “It is a pleasure to witness the commencement of the live transmission of programmes in our one and only television station in Kwara State, the Kwara State Television Authority, popularly known as the KWTV.

“Likewise, His Excellency, Governor AbdulRahman AbdulRazaq, has been giving support to the repositioning of Kwara TV and the other two state-owned media houses.

“Part of this is seen in the establishment of two new radio stations, Kakakin FM in Ilorin and Nootia FM in Okuta; the 24 hours live broadcast of Radio Kwara and the work done in the Kwara State Printing and Publishing Corporation, the publishers of The Herald Newspapers.

“The resolve of the administration of Governor AbdulRahman AbdulRazaq is to ensure that the three media houses owned by Kwara State are steadily transformed to the best in the North- Central and ultimately in our dear country, Nigeria.

“Viewers of the Kwara State Television are going to enjoy a new and scintillating experience in television broadcasting as the station has lined up an array of locally produced programmes in line with the values of educating, entertaining and enlightening the public.

“Feedback at my disposal indicates that the Board of Directors of Kwara State Television Authority, chaired by seasoned broadcast journalist and sportsman, Alhaji Hameed Adio, has been rendering quality advice to the management of the station.

Also speaking at the occasion, ace broadcaster, Hameed Adio, who is the Chairman of the Board of Kwara Television, said that the station will have a breath of fresh air, adding “We are ready to showcase all the cultural attributes of Kwara State and ensure that this television station lives up to its core value of being set up to serve the government and good people of Kwara State.”

Adio commended the state governor for the turn around of the station, describing him as a game changer in the state.

The General Manager of Kwara TV, Mr Olatunde Michaels, expressed the readiness to roll out programmes along with the value that the state represents, adding that in view of that, the station had engaged with the commission of programmes and invited producers who are working to turn around things.

He added that the management had created different shows and brougt back news in different languages spoken by the people in the state.

“We are looking at expanding the scope beyond just content for us; we are are looking at opening the window for people to see Kwara State from different perspectives wherever they are around the world,” Michaels said.