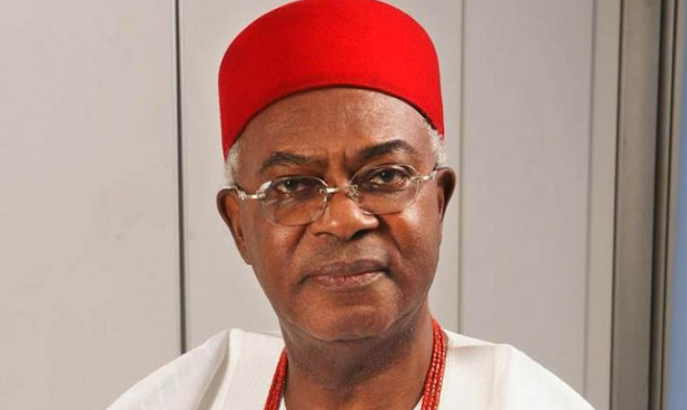 The Onitsha Traditional Council has described as false the report making the rounds that the Obi of Onitsha, Igwe Nnaemeka Achebe, was in the Abuja-Kaduna train that was bombed by terrorists last week Monday.

A statement by the Chief of Staff, Ime Obi Onitsha Traditional Council, Chinyelugo Anionwu, said Achebe rather went to Kaduna State on March 28, 2022 by road.

Anionwu said the monarch was in Kaduna on the invitation of the Armed Forces Command and Staff College, Jaji, where he delivered a lecture on internal security on Tuesday.

He stated, “The council is surprised that days after the unfortunate incident, Achebe attended an event in Enugu, where he explained that he had originally planned to board the attacked train, but later changed his travel plan.

“Due to the story narrated by the monarch in Enugu during the South-East leaders’ press conference, a news medium decided to publish that our traditional ruler was in the train, which is false.”

Anionwu said Onitsha lost one of her daughters and a medical practitioner, Chinelo Megafu, to the attack.

He called on members of the public to disregard the report, while praying for the repose of the souls of the dead as well as quick recovery for those injured in the attack.

The statement added, “The attention of Ime Obi Onitsha (the palace) has been drawn to a story titled, ‘How phone call saved me from boarding attacked train,’ which was attributed to His Majesty, Obi of Onitsha, Nnaemeka Achebe (CFR), by the authors of the story as having made the statement on Saturday, April 2, 2022.

“For the record, the palace will like to state categorically that His Majesty never made such a statement to anyone at any time.”