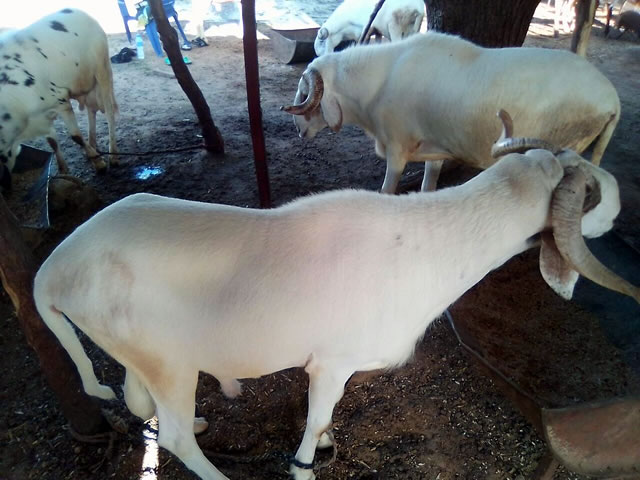 Three teenagers on Monday appeared before an Ota Magistrates’ Court in Ogun for allegedly attempting to steal two rams worth N210,000.

The defendants – Awwal Adamu and Ibrahim Hammed, both aged 18, and a 16-year-old (name withheld), whose addresses were not provided, faced charges of conspiracy and attempted stealing.

They, however, pleaded not guilty.

The prosecutor, Inspector E. O. Adaraloye, told the court that the defendants and others still at large committed the offenses on March 24 at about 12.00 a.m. on Ogunbona Street, Elerink, Ota, Ogun.

Adaraloye alleged that the defendants and their accomplices conspired and attempted to steal two rams belonging to one Mr. Okunlade Sefiu.

The prosecutor said that the teenagers ran after the rams, which did not belong to them, and were caught in the act and handed over to the police.

The prosecutor said that the offences contravened Sections 509 and 516 of the Criminal Code, Laws of Ogun, 2006.

Magistrate A.O. Adeyemi admitted the defendants to bail in the sum of N100,000 each with one surety each in like sum.

Adeyemi ordered that the sureties must reside within the court’s jurisdiction, be gainfully employed and have evidence of tax payment to Ogun Government.

She adjourned the case until April 14 for substantive hearing.