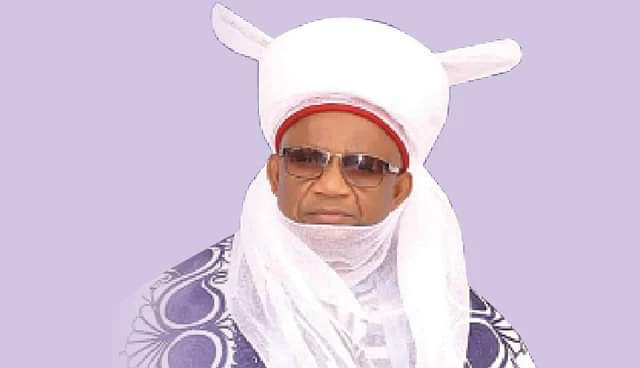 The Etsu Nupe, Alhaji Yahaya Abubakar, has urged Muslims to intensify prayers during the Holy Month of Ramadan for the return of permanent peace in Nigeria.

According to him, prayer remains the most effective weapon against any form of challenge.

Abubakar, who was in the Kingdom of Saudi Arabia for hajj, made the call in a telephone interview to congratulate Muslims on the commencement of fasting on Sunday.

The Royal Father, who is also the Chairman of the Niger State Council of Traditional Rulers, said that security challenges such as insurgency, banditry, and kidnapping would be overcome through ceaseless and fervent prayers by the Muslim faithfuls in the holy month of Ramadan.

He explained that with sustained prayers, the current security, socioeconomic and other challenges facing the country could be solved through divine intervention.

The Etsu Nupe explained that the ongoing Ramadan fast was the most auspicious period to offer prayers to Almighty God to provide sustainable solutions to problems plaguing the country.

“I task Muslims across the country to use the holy month to pray fervently for peaceful coexistence, stability, the progress of our nation at large.

“Prayers during this holy month will help our leaders and the security agents to overcome all the devilish acts that are bedeviling our country,” he said.

The Etsu Nupe also urged Muslim faithfuls in the country to use the holy month of Ramadan to re-dedicate themselves to the service of Almighty God and reflect on the injunctions of Allah.

The monarch said that the month should afford Muslims the opportunity to ask for God’s forgiveness saying that the fasting period presented a platform for moral cleansing and appreciation to Allah.

He said, “I urge Muslims to use the Ramadan period to re-evaluate their lives in the light of Islamic guidance, in the interest of peace and national development.

“Ramadan is much more than just not eating and drinking.”

Similarly, he cautioned preachers against provocative sermons capable of inciting the public against one another before, during, and after Ramadan Tafsir preaching.

“Religious preaching during this period should be targeted at maintaining harmony among the people and nothing short of that should be done to divide the people.

“I also urge the clerics to strive to be shining examples in their utterances and deeds at all times,” he said.

He appealed to wealthy Nigerians to always assist the less privileged in society by providing them with food items and cash to ease their hardships.

“People should use their God-given wealth to assist the poor and the widows; this will go a long way to alleviate their sufferings during this Holy Month of Ramadan.

“I appeal to wealthy individuals to assist in feeding the less privileged as this will go a long way in cushioning the effect of fasting on them,” he said.

Visa, a payment solution for individuals and businesses