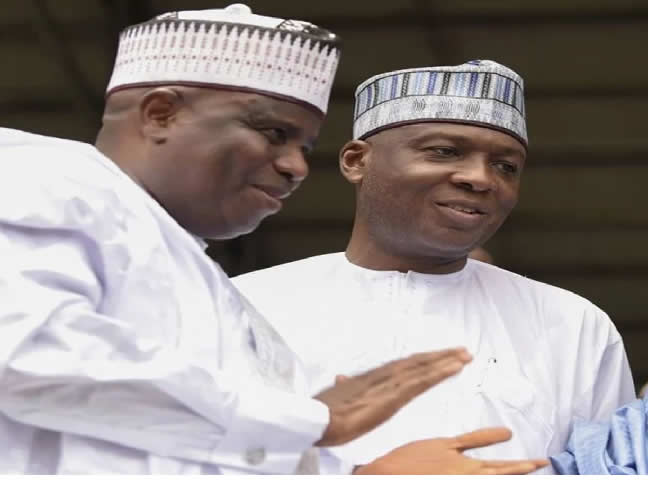 “This action that four of you have taken today is actually a step in the right direction. It will strengthen us and pull us together. It is my prayer that God will help you achieve this consensus that you seek to build because in that consensus, we will be united as a party, which will give a lot of hope to Nigerians, that truly, PDP is working the talk.

“So I truly want to appreciate you for this visit and urge that you work hard towards the building of this consensus and that of the party too,” the governor said.

The aspirants also visited Governor Godwin Obaseki of Edo State where they sought his support.

Receiving the visitors at the Government House in Benin City, Obaseki said the country was in dire need of a leader with the capacity to unite and rebuild the nation.

He said, “I can’t thank our visitors enough for bringing a new lease of life into our politics. This is a new model in leadership selection where leaders with higher aspirations can come together for the good of the people.

“They are working towards a consensus candidate arrangement knowing the task of becoming Nigeria’s president.”

Earlier, Saraki, who spoke on behalf of others, said the visit was to canvas for the option to adopt a consensus candidate ahead of the 2023 general elections.

He said, “We all know the various situations that exist in our country and the need for the PDP to provide a platform and in doing that, we realize that the interest of the country is more paramount to our own interests.

“As such, we have come together and agreed that we should work out a consensus where we don’t all just go to the field. We don’t want our energy to be focused on just trying to get to power, but on how to help make Nigeria better.

“We need your support in this process. What Nigerians need now is a president that has a team to work with. The problems are huge and we all have the qualities to lead this country.”

Meanwhile, it was learnt that the members of the zoning committee have begun arriving in Abuja and are expected to meet at the Benue State Governor’s Lodge on Tuesday (today).

The PUNCH learnt that as of Monday evening, there had been no agreement on the zoning arrangement of the party. While some southern elements including Rivers State Governor, Nyesom Wike, have insisted that power should shift to the South, several northern Presidential aspirants are pushing for an open race.

Media mogul, Chief Raymond Dokpesi, who is the leader of the technical committee, Atiku Abubakar presidential campaign, said he was confident of Atiku’s emergence regardless of what the PDP decides.

Speaking at the party’s national secretariat in Abuja on Monday, Dokpesi said, “I am not aware of any internal problems in the PDP. No crisis whatsoever. PDP is one big family we shall all be together as brothers and sisters.

“Definitely, we have nothing against whatever the party will decide, but the zoning will not be against us.”