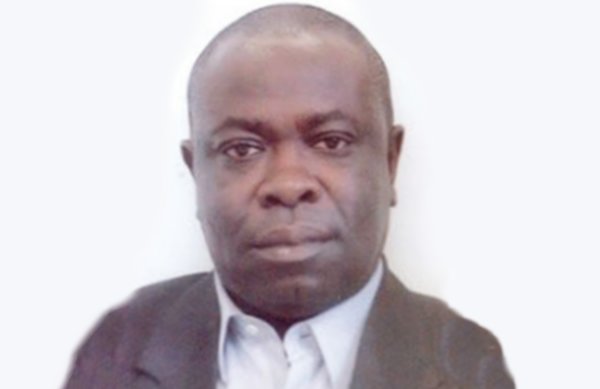 Nigeria has the burden of expectation to qualify for the World Cup and the African Nations’ Cup as of right. The human and material resources at the disposal of the country far outweigh that of their nearest African rivals, apart from its proud history of achievements in other areas of human endeavours being far superior to many others on the continent. On the other hand, and despite the natural advantages, Nigeria has always underachieved in sports competitions regionally and internationally. The World Cup playoffs between Ghana and Nigeria last week saw Ghana winning the crucial match in Abuja on March 26, 2022 on an away goal rule following the 1-1 draw in the second leg of the encounter.

The first leg in Ghana on Friday, the previous week, had ended in a goalless draw. Every pundit at home and abroad had predicted a Nigerian victory based on the number of talents and experience in the Super Eagles squad. By any objective analysis, Nigeria indeed had more strength in depth than the Ghanaians but as the saying goes, it is not the size of the dog that counts, it is the size of the fight in the dog. Ghana’s Black Stars had more fire in their bellies than the Super Eagles had in theirs. They wanted the victory more than their Nigerian counterparts did. They committed their hearts and souls to the two matches more than did the Super Eagles. When you put on the jersey for your country, you become a warrior in a life and death battle for glory. Sadly, this was not the case with the Nigerian players. Without rediscovering that extra motivation, that special oomph and that unique spirit of my nation uber alles, the Nigerian football team is unlikely to win any major events ever again.

To illustrate the point further, there was a young, talented English footballer by the name of Paul Gascoigne or “Gazza” as he was popularly known. He was part of the England team that reached fourth place in the 1990 FIFA World Cup. England were playing in the semi-final against Germany (West Germany at the time) when he committed a foul and was given a yellow card. Gazza had already been booked in the previous match, so, it meant he would have been suspended for the final had England won the game. The thought of not playing for England in the final suddenly rushed through his veins right there on the pitch and he burst out crying even as he was dribbling the opponents and trying to win the game for his country. At first, the officials were baffled at the sight of their most famous talisman crying profusely whilst gallantly trying to outrun his opponents. Gazza had money, property, fame, everything but not being able to represent his country at the subsequent match was unfathomable. Just putting on the “Three Lions” (England) jersey is a dream nursed by every footballer in England from infancy. Nothing else compares. By contrast, Nigerian footballers have been known to go on “strike” for non-payment of bonuses. Coaches are routinely owed a backlog of wages, players need cash incentives to win games, etc, etc.

When Nigerian players emigrate to foreign leagues to ply their trade, they do so for footballing and, more crucially, economic reasons. There is not a single successful African footballer in Europe and elsewhere who is not also an economic migrant in some form. Unlike their European counterparts, they have so many hungry mouths to feed back in their home countries. Many would cut their age in order to prolong their career and become financially secure. Many have retired from football and straight into the life of a pauper and destitution. And, as if that is not mentally debilitating enough, African governments love rallying around winners for the cameras but are never willing to put the resources there to facilitate the win in the first place. Football players are not a separate island unto themselves.

They see what is happening to public services due to grand larceny and mismanagement by politicians. They see only the ruling elite but not a governing elite. They see how their country is being held to ransom by greedy people at the top. They see how top-level corruption is tolerated as long as the person involved has ‘connections’.

They see how little the commitment top government functionaries have towards their own country as they syphon money away from state treasuries into bank accounts in Europe and America.

They see how regularly the elite get flown to London, Germany, the USA for their medicals while they leave local hospitals to rot. They see how the elite have abandoned the local schools and chose to educate their children in prestigious schools in the West.

Nigerian footballers see how little faith the ruling elite have in the country themselves. Is it then reasonable to expect every player wearing the Super Eagles jersey to be a “Gazza”? In the present circumstances, most probably not. Anyone who watched the Super Eagles’ display on the pitch last week would have noticed how pedestrian some of the passes were.

Very few of the players were willing to put their bodies on the line for the team. They played with no passion, no hunger and certainly no zest. On the contrary, the Black Stars were seen visibly anxious to contain their opponents within their own half. They were right in the face of the Nigerians the moment there were any threats emanating from them.

Now, is that part of the job of the coach? In many ways, yes, the coach must have the ability to motivate his players. But, can any coach drill patriotism into any set of players? Not very likely. Patriotism is a two-way track; from state to citizen and citizen to state. It is a social contract between the governor and the governed. It is more than just a passing fad; it is raw emotion and it is real. It is wrong to expect footballers to be divorced from this calculation just because they are wearing their country’s jerseys.

The situation is made even more complicated for foreign-born Nigerian players. Given a choice, it is very rare to see one who would put Nigeria first. Many opt to play for Nigeria once it becomes clear that their chances of playing for their country of birth are very low. You cannot, therefore, summon a group of footballers in this genre and expect them to come firing on all cylinders for Nigeria on arrival.

They are human beings, not robots. They would honour their professional obligation once called but no more should be expected of them beyond that. The entire technical crew of the Super Eagles has been dismissed. All being well, football coaches live by results and must die by results. But, please let no one at the Nigerian Football Federation start any dalliances with foreign coaches on the back of this painful setback. No matter how long or how many attempts, Nigerians must be allowed to bring the best out of Nigerians.