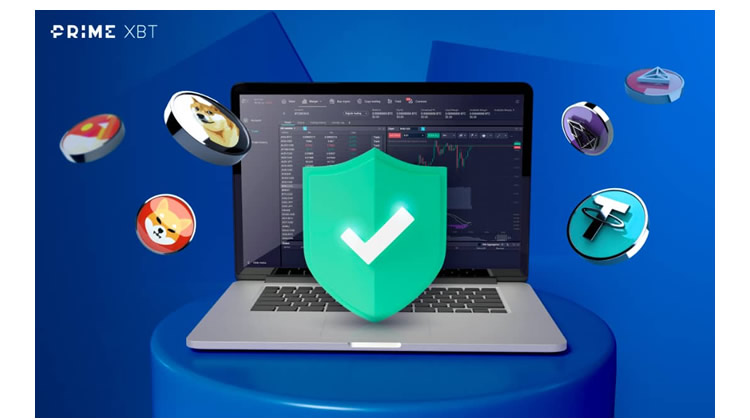 The topic of inflation is now unavoidable. Not only are consumers feeling the crunch by paying more at the pump and at the grocery store, but savings are being evaporated into thin air simply due to the buying power of fiat currencies beginning to crumble.

Inflation in the United States of America is the highest in forty years, and elsewhere across the globe, other national currencies are in free fall due to each nation’s defaulting on debt or being unable to support the country’s economy. At the same time, inflation has caused markets to tumble as investors panic over where to possibly find profits in the future. Beyond profits, those with a substantial amount of capital are simply looking to protect it.

Even though times are getting even tougher and belts need tightening due to runaway monetary inflation, PrimeXBT provides plenty of ways for investors to protect their capital against inflation.

How Did Inflation Spiral So Out Of Control?

According to Wikipedia, inflation is defined as “a general progressive increase in prices of goods and services in an economy” that “corresponds to a reduction in the purchasing power of money.”. All across the world, for one reason or another, consumers are paying much more than what they used to for the same goods and services. But how exactly did things spiral so out of control?

Pandora’s Box was opened back in 2008 with the Great Recession. Quantitative easing allowed central banks to prop up the economy, but the monetary policy has created a monster of a challenge ahead. The issue was severely worsened the moment the COVID pandemic struck in 2020. Nations responded with lockdown conditions that halted productivity and supply chains.

Since then, supply chains have been unable to catch up, and things have only become more bottlenecked as time goes by. The impact on the supply chain could go on for years to come as vital industrial locations continue to see extensive lockdowns due to the emergence of new variants of COVID.

The economy also crashed. There were widespread layoffs and joblessness. The US government responded with relief packages to stimulate the economy. Trillions of dollars were added to the Federal Reserve’s balance sheet. It put more than $1,000 in the pockets of most US individuals, but it is a price the same citizens have since paid for a thousand times over due to the effects of inflation.

How To Survive In High Inflation Environments?

In high inflation environments, the cost of doing business increases, which makes profit margins in the corporate world shrink. Investing in the stock market is typically a poor choice during bouts of inflation. But what is an investor to do?

Bitcoin was created in 2008 to combat quantitative easing due to its scarce supply, but the cryptocurrency market has shown a strong correlation to the stock market in recent years. If stocks are to perform poorly in the environment ahead, what does it mean for cryptocurrencies? Will Bitcoin prove its value as a hedge against inflation? At one point, Bitcoin was billed as the fastest horse in the race against inflation by billionaire trader Paul Tudor Jones. The horse might have slowed down, but the race might not yet be finished.

Although Bitcoin had previously trounced gold all throughout 2021, the geopolitical climate with potential World War III on the horizon and a significant shakeup in the dollar hegemony has caused gold to soar. Gold is currently consolidating above its highs set back around the Great Recession, and it could be a sign of a Great Depression on the way. Gold has long been considered the best monetary standard ever to exist, a safe haven against inflation, and much more.

Silver also could shine in the years ahead. The precious metal might even have more growth than gold due to its use in the production of solar panels and other green technologies. Because the cost of goods steadily climbs in high inflation environments, investing in commodities can be profitable. Essential geopolitical commodities like natural gas and oil have been among the most talked-about trades in finance, with few signs of an end to the trend in sight. These hot commodities could continue to be the best producers of profitability for some time.

How PrimeXBT Can Protect Capital Against Inflation

Only with PrimeXBT can investors and traders access all of the above global markets from a single account, with all of the necessary trading tools to ensure that capital stays protected and any remaining profits can be extracted. The award-winning margin trading platform offers a wide range of trading instruments, including forex currencies, commodities, stock indices, and crypto. With so much to choose from, anyone can build an inflation-resistant trading portfolio based on a variety of asset strategies.

Technical analysis tools from TradingView are built directly into the platform so that users can draw trendlines and add indicators to price charts of more than 100 different assets, all under one roof. Carefully planning to enter a long in gold or oil at any key pullbacks to support could position an investor for the long haul to fight against inflation.

Because PrimeXBT provides long and short positions and stop-loss orders, investors and traders can choose when to take on risk in stocks or other markets to keep profits coming during any relief rallies. The same tools can help traders get into position in Bitcoin, Ethereum, or other cryptocurrencies. If these scarce assets prove their worth in the future in the fight against inflation, crypto could become the best performing asset class. But because the asset class remains mostly speculative and that comes with an abundance of risk, margin trading is the best option for crypto trading.

The fight to protect capital against inflation will be a long-fought battle waged across many asset classes and possibly for many years to come. With PrimeXBT, an entire arsenal of professional trading tools and the most extensive list of best-in-class instruments are only a few clicks away.