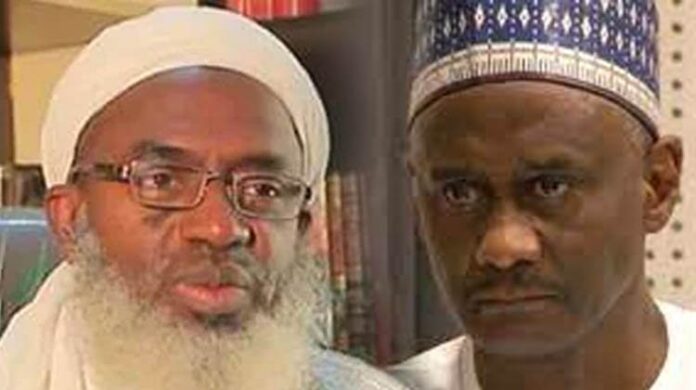 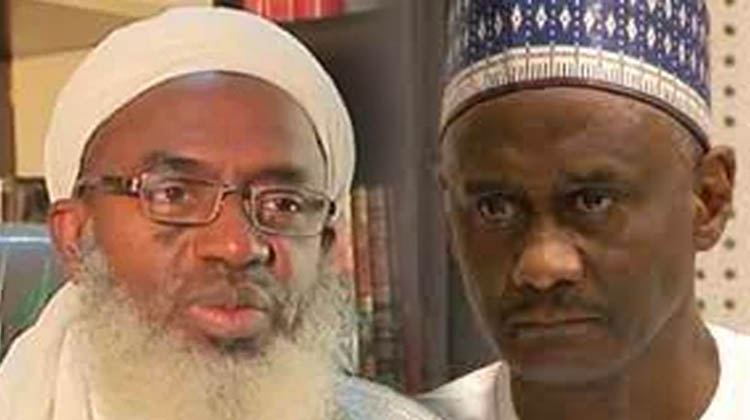 A member of the Northern Elders Forum, Usman Yusuf, has revealed what controversial Islamic cleric, Ahmad Gumi, told bandits they met in the thick forests of eight northern states.

According to the elder statesman, Gumi told the bandits (now designated terrorists) that killing, raping, maiming and burning of private and public assets were unacceptable and served no justification for their grievances.

He said he and Gumi ventured into the “lions’ den” and visited the bandits in thick forests of five North-West states and three North-Central states to “listen” to their grievances.

The NEF member spoke on Monday night when he featured as a guest on Channels Television’s ‘Politics Today’ programme monitored by The PUNCH.

The President, Major General Muhammadu Buhari (retd.), had in 2019 sacked Yusuf as the Executive Secretary of the National Health Insurance Scheme.

‘Our journey to lions’ den’

Speaking on Monday night, Yusuf said, “Nigerians need to take a deep breath; we are in a very serious situation. The security situation in this country has gone out of hand. I’m a doctor, Sheikh Gumi is a doctor and instead of sitting in our offices and hearing it, we went to the lions’ den; we visited eight states, deep in the forests – five on the frontlines in the North-West states and three in the North Central states.

“Why did we go? The reason we went was to listen… we went to listen. What we heard all over, the problems were local and solutions must be found locally. In none of the eight states that we went to did we hear any of the bandits tell us that they had a problem against the Nigerian military or against the Federal Government.

“The biggest problems are always local. We need to understand that. This is the danger in the last week, we’ve had sleepless nights, very sad.”

He also said that the nature of recent attacks on government installations and public systems in Kaduna State showed that the hitherto bandits have joined forces with the Islamist State of the West African Province. He expressed fears that the marriage between ISWAP fighters and bandits would be the most lethal threat to the existence of Nigeria.

“What we’ve been scared would happen has happened; the unholy alliance between bandits and ISWAP has happened. The moment we saw that (Kaduna) train attack, we knew this was not the job of the ragtag bandits we met; this is the modus operandi of ISWAP.

“Maiduguri, the capital city of Borno State has not had electricity now for months because Boko Haram, (and) ISWAP blew the transmission live twice; they are after infrastructure; these guys are after that, they went to the airport and now they are blowing up trains and highways. They are literally blockading the city of Kaduna; you cannot go by road, rail or by air. They are literally picking infrastructure,” Yusuf added.

Continuing, Yusuf said Gumi, during the visits, sternly reprimanded the bandits for their atrocious acts.

The NEF member said, “When we go to the forests, we sit down on the carpet and they (bandits) surround us and Sheikh Gumi hears them, listens to all of them and stands up and speaks to them in the sternest of voices: ‘We’ve heard your grievances, your grievances are real, they are genuine but there are no reasons for what you are doing; this is not us, this our upbringing, this is not our culture, this is not anywhere in our scripture. Just the way we come to you, we go back to our leaders, to our governors, we hear and tell them everything but whatever you are doing, your grievances are no reason for what you are doing; killing, raping, maiming and burning cities? Nobody, no scripture, no culture, no cleric will accept what you are doing’. He (Gumi) says that with the sternest of voices.”

On the way forward, Yusuf said the terrorism war confronting Nigeria for over a decade cannot be won by the military on the battlefield but by engagements.

“We need to start having engagements and I saw clearly that they listen to clerics. They said they would not have gathered if not for clerics, there is a loss of confidence, and loss of faith in the political process and our politicians because they are disconnected from the realities of our people.

“We need to get people that can talk with these people (bandits), will it take one engagement, two engagements, three engagements? No, it will take the concerted efforts of everybody.”