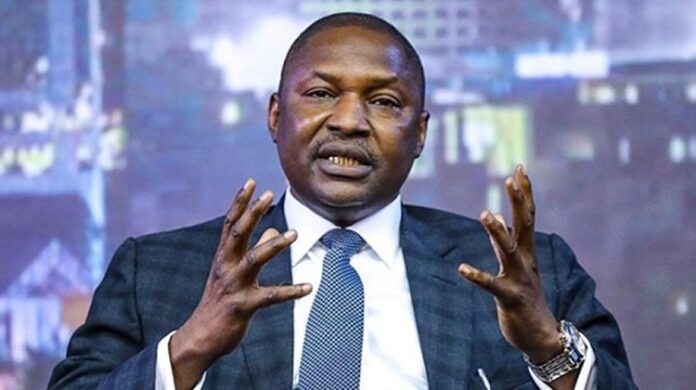 Attorney General of the Federation and Minister of Justice, Abubakar Malami (SAN), says he is yet to declare his interest to contest an elective office in 2023.

He made this known in a statement on Tuesday by his spokesman, Umar Gwandu, amid reports (not by The PUNCH) that the minister would be running to succeed incumbent Kebbi State governor, Abubakar Bagudu, in 2023.

According to the statement titled, ‘2023: I am yet to declare –Malami’, the clarification became necessary in view of “a false and fabricated publication in some section of the media”.

The statement partly read, “Gwandu said the declaration to contest for a political position was never a hidden affair or clandestine operation that could be reported as a scoop by a section of the media.

“He said the report was triggered out of curiosity and eagerness by followers and loyalists.

“Gwandu said at the appropriate time they will hear from the horse’s mouth in the full glare of the media, stakeholders, like-minds, party faithful and teeming supporters.”

Malami, who is from Kebbi State, is a two-term member of the cabinet of the President, Major General Muhammadu Buhari (retd.) and a chieftain of the All Progressives Congress.