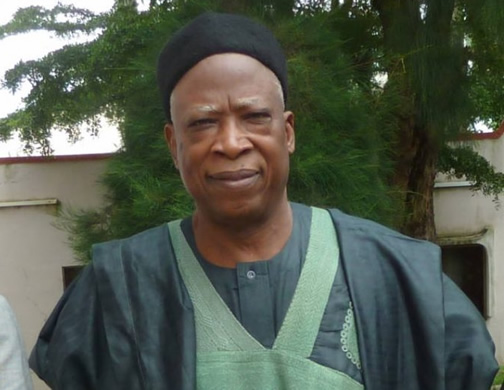 There was confusion in the national secretariat of the All Progressives Congress on Tuesday after journalists were asked to vacate the party’s Media Centre, which, The PUNCH learned, would now serve as the office of the new national chairman, Senator Abdullahi Adamu.

Adamu’s office, which is located on the third floor of Buhari House, can only be accessed through a flight of stairs which, our correspondent observed, has been an arduous task for the 75-year-old party chairman to climb.

However, sources at Buhari House confirmed that the national chairman would take over the media centre as his new office.

According to one of the sources who asked to remain anonymous, “Our new national chairman is an old man. He is not as energetic as Governor Buni or Adams Oshiomhole. In fact, it took him about 20 minutes to climb the staircase to the third floor this morning.

“Presently, both the staff and non-staff do not know what the ongoing reorganisation at the APC secretariat will lead to. All our directors and other key staff are under probe, although some of them did runs and can’t escape sanction.”

Receiving his certificate of return last Friday, the chairman had hinted that the APC transition committee would probe the party’s finances.

He said, “I am a team player and as much as is possible, I want to carry everybody along. We will definitely by the will of God Almighty, the secretariat, need to look at you but I am not saying anything today until the transition committee submits its report.

“It is my hope that by the time the report is submitted, you have what they call a clean bill of the ledger. That’s my prayer.”

In his acceptance speech on Sunday, March 27, 2022, Adamu had cautioned the media on its reportage of the APC-led government, saying it is false to assume that only political leaders will make Nigeria great while other citizens sit on the side-lines and criticise.

According to him, “At this point, I wish to appeal to our journalists and media houses to revive and uphold the patriotic spirit of the founding fathers of their profession, such as Dr. Nnamdi Azikiwe, Obafemi Awolowo, Abubakar Imam, Alade Odunewu and other media pioneers.

“Those great pioneers of Nigerian journalism always put the interests of Nigeria and its people above all other considerations and they always worked for the peace, progress and prosperity of Nigeria.

“Journalists and everyone else in Nigeria should uphold this spirit of selflessness and patriotism and continue to work hard for the success of the Nigerian project. It is not correct to assume that it is the work of political leaders alone that will make Nigeria great, that other citizens can sit on the side-lines and just observe and criticise. We should all remember the wisdom in the saying that the chain is no stronger than its weakest link.”

President Muhammadu Buhari has been asked to sack