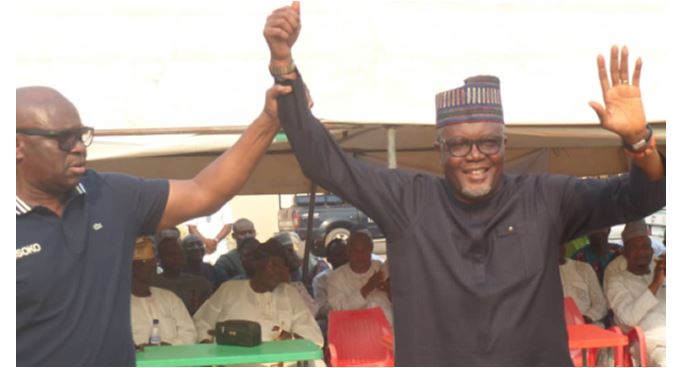 The Peoples Democratic Party governorship candidate in Ekiti State, Bisi Kolawole, has described the sack of workers of Ekiti State University, Ado Ekiti, by the All Progressives Congress government as inhuman and wicked.

Kolawole, in a statement issued on Monday by the spokesperson of Bisi Kolawole Campaign Organisation, Lere Olayinka, alleged that the termination of employment was carried out under Governor Kayode Fayemi’s orders.

“PDP government employed workers; APC government sacked them and in continuation of their wickedness, they have picked as their party candidate, a man who carried out Fayemi’s inhuman instruction of terminating the employment of over 1,000 Ekiti sons and daughters in EKSU.

“The governor and his men, especially the APC governorship candidate, Biodun Oyebanji, who was instrumental to the workers’ sack when he was in the Governing Council of EKSU, should realise that the sacked workers are their fellow Ekiti brothers and sisters.”

Kolawole also assured the sacked workers of their reinstatement should the APC government fail to heed the court judgment.

“Even though we know that Fayemi and his APC party do not have history of obedience to court judgments, we will still have to appeal to the remnants of their conscience to obey this judgement by the Appeal Court reinstating the sacked workers.

“However, they should not despair. If in its usual characteristics of ignoring court judgements, this APC government declined to reinstate them, they should rest assured that by October 16, 2022, they will return to their duty posts,” he added.