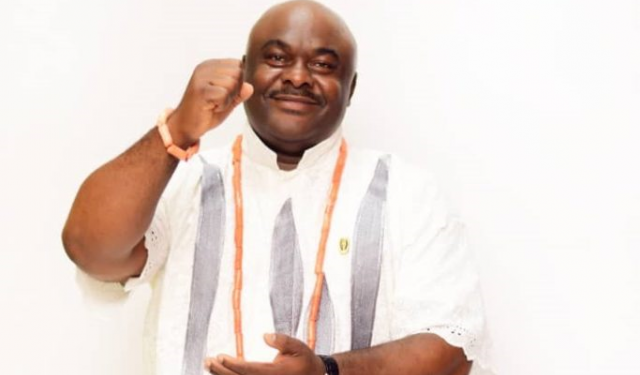 Former Edo State Commissioner for Arts, Culture and Diaspora Affairs, Osaze Osemwegie-Ero, on Monday, has lamented his 19 months incarceration in Italy in 2019 over alleged link to a Mafia organisation.

He also criticised the Italian justice system, alleging that it gives room for forgery and evidence not connected to offences being used to jail Nigerians.

Speaking to journalists in Benin, Osemwegie-Ero identified Article 416-BIS of the Italian criminal code, which he said is mostly used to convict hundreds of Nigerians in Italy. He, however, expressed happiness that his insistence on his innocence and the privilege of being able to fund his legal team to the tune of over N43m resulted in the discharge of some Nigerians early this year since the trial judge in his case has declared the notorious code illegal.

He said: “As you would recall, while I was travelling to Germany via Amsterdam for an official meeting with the Nigerian Ambassador to Germany, Ambassador M. Tugga, and other Edo indigenes in Germany, to discuss, amongst other issues, ways to retrieve the Benin stolen artefacts, I was arrested and detained at Amsterdam and subsequently extradited to Italy where I was tried on trumped up charges of belonging and even being the kingpin to a Nigerian mafia organisation.

“In the judgment of Honorable Justice Paolo Gallo handed down on 29th May, 2021, His Lordship found and established among other things; that I did not belong to any criminal organisation, and the evidence provided by the prosecution was forged and unacceptable.

“While in detention, I was exposed to the ordeal of over 300 Nigerians who have been illegally detained and convicted for mafia related offences with no evidence to prove that they committed the crimes they were accused of.

“It is worthy of note that all these Nigerians were convicted of the same offence using Article 416-BIS of the Italian criminal code, stating that they are members of a Nigerian Mafia organisation involved in the importation and exportation of firearms, drugs, human trafficking, prostitution, extortion, killings, etc.

He said on October 28, 2020, 70 Nigerians were arrested and charged with the Article 416-BIS and that the only evidence shown on television was a kitchen knife, while on the April 26, 2021, 51 Nigerians were arrested in Bari for the same Mafia related crimes and the evidence shown on television was an old Nigerian movie and an old clip of the Ijaw and Itsekiri community clash adding that Nigerians have been jailed for up to 140 years with a forged mafia manual they call “The green bible,” which he said was the only physical evidence produced by Italian prosecutors during his trial.

While discouraging Nigerians in Italy from indulging in criminal activities, Osemwegie-Ero said: “We hereby call on the appropriate agencies of the United Nations and the European Union to look into these happenings in Italy. We call on the Italian Government to investigate how Dr Stefano Castellani and others have been abusing the use of Article 416-BIS as evidenced in the cases against some innocent Nigerians.

“The Ministry of Foreign Affairs and other relevant Nigerian agencies should step up to their responsibilities and get involved in the fight to release other Nigerians who are still illegally detained for crimes they did not commit. We sincerely hope that this form of racism will end soon.”

He commended the present Nigerian Ambassador to Italy, Amb. Mfawaomini Abam, for his efforts to assist Nigerians, a situation he said did not happen under the past ambassador.