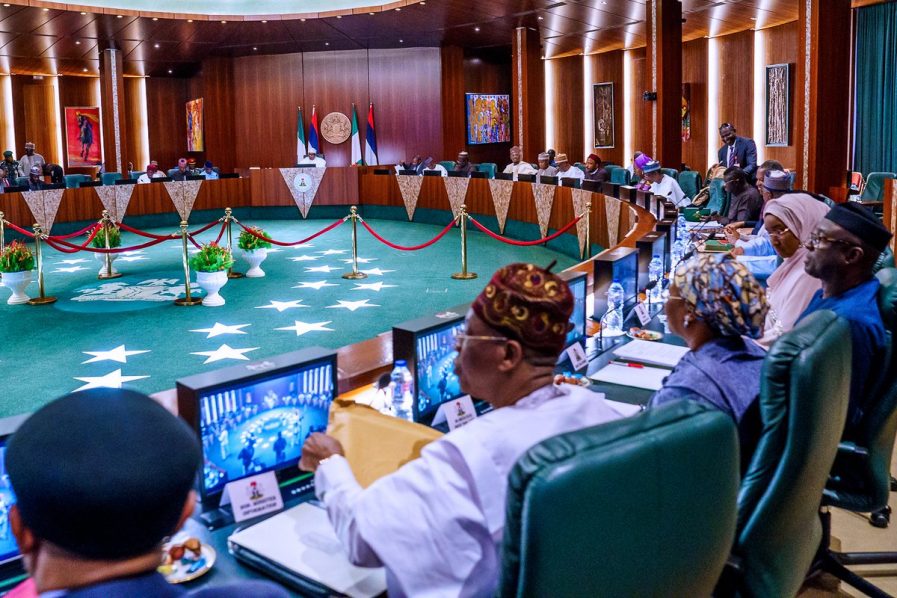 The Catholic Bishops’ Conference of Nigeria, the Sultan of Sokoto, Alhaji Abubakar Sa’ad lll- led Jamaatul Nasril Islam, some state governments and the Manufacturers’ Association of Nigeria have taken a swipe at the Federal Government over its failure to address the rising insecurity in the country.

The groups stated this on Monday as killings and other forms of insecurity took a toll on investments in the country with foreign investors shunning  24 states in 2021.

Earlier on Monday, the National Bureau of Statistics released data, which indicated that Nigeria generated a total of $698.7m from Foreign Direct Investments in 2021.

According to data from the NBS, the FDI generated in 2021 was the lowest the country recorded in 10 years.

FDI is one of the three major types of investments and a critical source of capital inflow into the country.

Other sources include foreign portfolio investment, foreign loans, and trade credits, among other investments.

NBS defines FDI as an investment whereby the investor has some control or a significant degree of influence on the management of a domestic enterprise.

It notes that the FDI occurs when the investor has enough equity in the enterprise to entitle them to 10 per cent or more of the voting rights in that company.

The report also revealed that 24 states in the country failed to attract any foreign investment last year.

Also, 10 out of the 24 states failed to attract foreign investments in the last three years.

The Chairman, Infrastructure Committee of MAN, Ibrahim Usman, said that aside from the COVID-19 pandemic that affected a number of companies abroad, there was the issue of insecurity plaguing the country

He said, “Since the COVID-19 pandemic, a lot of the companies that invest abroad have been affected by the pandemic. That is a major cause. Secondly, the insecurity in the nation has continued to go unabated. Nobody wants to invest in a country where there is so much insecurity. Investments thrive only where there is peace and security.”

Usman also said that the lack of stable power supply is affecting the productive sector, which is meant to attract foreign investments.

He added that there was also the issue of foreign exchange and lack of consistent policies, which had made investing in the country highly risky.

Usman added, “Also, there is the issue of foreign exchange. A lot of times we do policy somersault. The government can suddenly come up with a new policy that discourages investors. There must be consistency in policymaking because investors plan 10-20 years ahead, and sudden changing policies can affect their investments.”

Also, the Deputy President of the Lagos Chamber of Commerce and Industry, Gabriel Idahosa, identified three factors responsible for the steady decline in Nigeria’s FDI.

According to him, the major factor is the unpredictability of Nigeria’s foreign exchange market and the devaluation of the naira.

He explained that foreign investors were sceptical of investing in Nigeria because the value of their returns would have declined in the future due to the naira devaluation.

“Since 1990, the value of the naira has been on the decline and projection in the near future is not showing any significant difference,” he said.

Idahosa, who is a chartered accountant, noted that investors were also reluctant to invest in a country where the cost of doing business is high. He explained that the high cost of electricity in Nigeria, inefficient port and rail systems were undoing Nigeria and its quest for FDI.

“Also, our Company Income Tax is among the highest in the world. Most countries have 15-16 per cent of thereabout, but ours is 32.5 per cent. Most investors are going to places where taxes are low and moving to countries where governments are looking at the number of jobs created rather than high taxes,” Idahosa noted.

He urged the Nigerian government to address these challenges urgently to drive FDI into Nigeria.

Also speaking to The PUNCH, the Managing Director of Cowry Asset Management Limited, Johnson Chukwu, said that investors were looking for countries with economic and political stability, and good economic growth.

According to him, the country experienced contracted growth due to the pandemic and is also battling insecurity, which has been discouraging foreign investments.

Chukwu said, “Foreign Direct Investments go into countries with very good investment climate. Among those things that foreign investors are looking for are economic and political stability. They are also looking at the growth of the economy. Prior to last year, the economy contracted in 2020. Although it grew by 3.4 per cent last year, investors were looking at a contraction in 2020.

“Secondly, we see a situation where the level of insecurity is high in the country. This discourages foreign investors.”

He also emphasised the need to address the issue of insecurity plaguing the country.

On his part, the Benue State Commissioner for Finance, David Olofu, also blamed the Federal Government.

Olofu, in an interview with The PUNCH, said security challenges facing the country prevented investors from coming to invest in the state in 2021.

He stated, “It is obvious that insecurity prevented many states from attracting investors in 2021. How many investors did the Federal Government attract?

Investors made enquiries, but never turned up – Zamfara

Hamisu maintained that there were several requests from the investors wishing to come to Zamfara, adding, “The first question they always ask is the security situation in the state.”

According to him, the state has currently four requests from investors who want to come to the state to invest, adding, “They are willing to invest whenever the security situation improves.”

But the Gombe State Commissioner for Information, Julius Ishaya, debunked the insinuation that the state failed to attract investments in 2021, stressing that the state had never had it so good since the administration of Muhammadu Yahaya.

Also, the Secretary to the Plateau State Government, Prof Danladi  Atu, dismissed the NBS claim as untrue and urged the Federal Government agency to always verify its facts.

But the Special Adviser to the Enugu State Governor on Information, who also oversees the Ministry of Information, Mr Steve Oruruo, told one of our correspondents on the telephone that the state had been working assiduously to create a stable and secured environment for businesses to thrive, and that had placed the state as the most secured state in the South- East.

The JNI, in a statement by its Secretary-General, Dr Khalid Abubakar-Aliyu,  condemned the recent attack on the Abuja-Kaduna rail and warned that Nigeria was heading towards multiple chaos.

It stated, “To say the least Jama’atu Nasril Islam (JNI) is agonised and short of words to express herself over the gory incident of the infamous train attack which happened on Monday, March 28, 2022.

“The well-orchestrated incident remains highly condemnable, reprehensible and upsetting to every rational mind. It appears that the continuous callous acts of mayhem, killings and arson happening almost on daily or weekly bases around us; either within communities and/or on the roads we ply, have automatically reset our human psyche that we now have accepted such dastardly acts as part of our lives, to the extent that we no longer feel them. The humanity in us is slowly being eroded thereby making us adapt to the new normal within which we, unfortunately, found ourselves.”

Catholic bishops in a statement by the National Directorate of Social Communications, Catholic Secretariat of Nigeria, in  Abuja, said the security apparatus lacked intelligence or the ability to fight and defeat terrorists in our nation.

“Nigerians are sick of flimsy excuses and bogus promises of the government to deal withterrorists,”  they added.

The News Agency of Nigeria reported that the Christian Association of Nigeria, Northern chapter,  called on the President, Major General Muhammadu Buhari (retd.), to summon a meeting of northern stakeholders to proffer solutions to the challenges of insecurity in the north.

Reverend Yakubu Pam, Chairman of CAN of 19 northern states including the Federal Capital Territory, made the call while declaring open the association’s 2022 first quarter National Executive Meeting on Monday in Abuja.

Pam also urged the President to seek assistance from former heads of state in addressing the insecurity in the region.   ,,