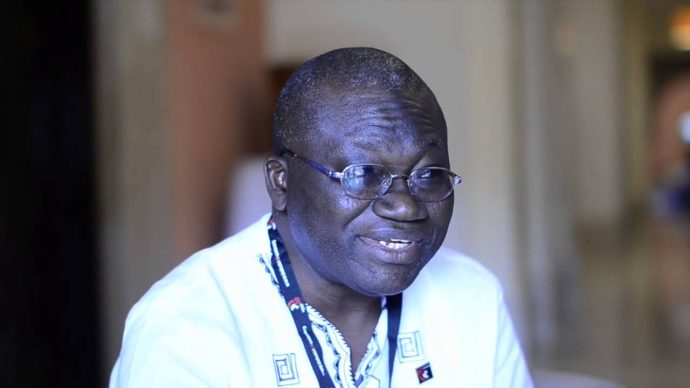 As more facts emerged about the casualties of the terror attack on an Abuja-Kaduna train last Monday, a call has been made for an all-inclusive framework for National Security measures as contained in the 2014 National Confab report to complement the current integrated security surveillance and monitoring solution for the Abuja-Kaduna and Lagos-Ibadan railway lines.

The Director General of the Michael National Institute for Labour Studies, Ilorin, Comrade Issa Aremu, made the call on Wednesday in a statement during his sympathy visit to the headquarters of the Trade Union Congress in Abuja on behalf of the Honourable Minister of State for Labour, Mr Festus Keyamo SAN.

Aremu, who said that the Federal Government should revisit the report of the 2014 National Conference on security, said that Nigeria was “never short of articulated security issues; the missing link was implementation.”

Aremu said, “In addition to current initiatives, there was the need to revisit the main report of the 2014 National Conference on security which critical stakeholders like the organised labour were the key drivers as delegates.”

While commending the unprecedented revival of the railway sector by the President, Major General Muhammadu Buhari (retd.)-led administration, he said there was the need for sustained, prompt uninterrupted funding of protection of critical national assets as demanded for the Minister of Transportation, Rotimi Amaechi.

Speaking on the death of the TUC’s Secretary-General, Comrade Musa Ozigi-Lawal, and the Kwara State TUC chairman, Akinsola Akinwunmi, both of whom were killed in the train bombing carried out by bandits last week Monday at Kateri-Rijana area of Kaduna State on the way to Kaduna for the TUC National Executive Council meeting, Aremu described the two late comrades as “best ones among the best trade unionists out of Nigeria in the 21st century,” adding that, “they were genuinely and selflessly committed to the decent work agenda for the working class.”

According to him, for dying in the service of workers, “they paid supreme sacrifice in a just struggle of emancipation of the working class.”

The Director General revealed that the modest transformation of the MINILS in his one year of appointment was attributable to “the spirited, enthusiastic support and comradeship of Comrades Lawal and Akinwunmi, among many other comrades.”

He commended the leadership of the TUC and NLC for “the spontaneous posthumous solidarity” for the families of the late comrades.

He disclosed that the MINILS had declared a 2-day mourning and prayers for the late unionists, adding that “an injury inflicted by bandits on them was an injury to all humanity.”

The MINILS also expressed solidarity with the Nigeria Union of Railway men, staff and management of the Nigeria Railway Cooperation, whose lives and livelihoods have been tragically disrupted by the callous attacks of the bandits.

He noted that the demise of the late TUC Secretary-General, Musa-Lawal Ozigi, and others was “one funeral caused by bandits, too many” and charged the organised labour to join forces with government and communities to fight terrorism as “increasingly security issues are also trade union issues.”