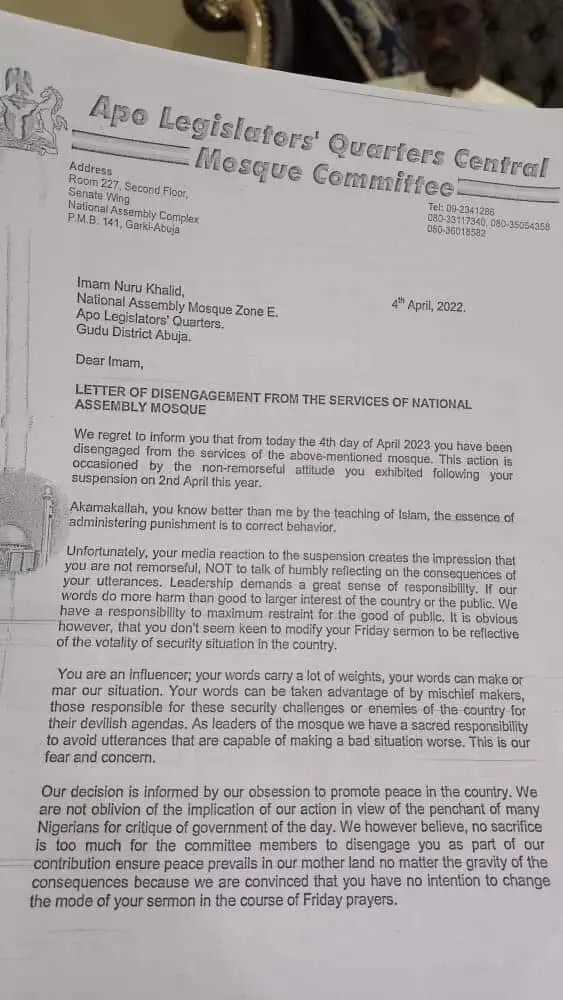 The letter conveying the sack of the former Chief Imam of Apo Legislative Quarters Mosque in Abuja, Sheikh Nuru Khalid, has emerged online.

The mosque committee first suspended Khalid for criticizing President Muhammadu Buhari following the spate of insecurity in the country.

The sermons of the Chief Imam were tagged as anti-government.

He was said to have urged worshippers and Nigerians to show apathy in the forthcoming 2023 general elections if the government fails to resolve the challenges of insecurity in the country.

In the letter, the committee said Khalid’s service was disengaged due to his “non-remorseful attitude exhibited following your suspension on April 2nd this year.”

See the letter below. 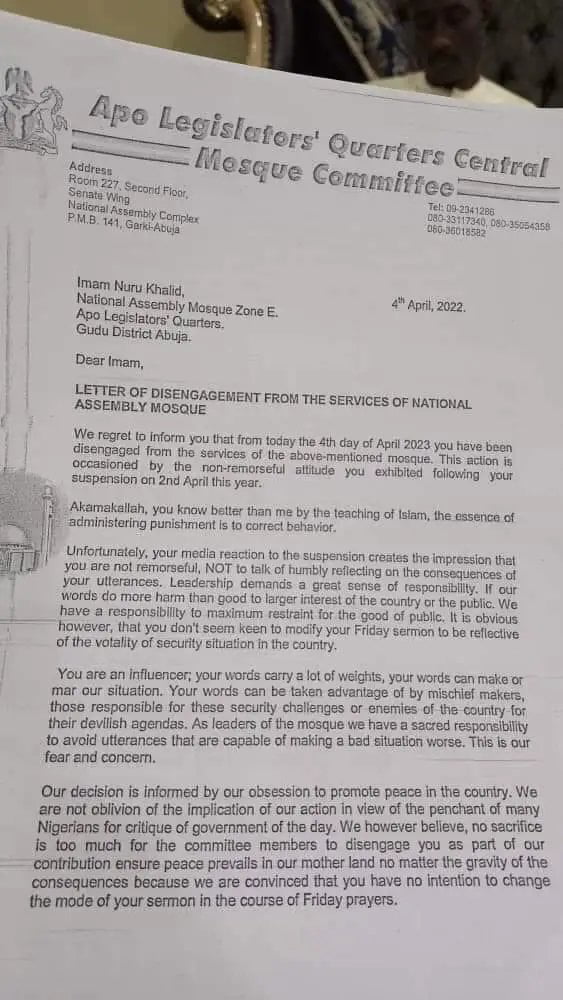